Eric Clapton Describes His Nightmare Vaccination: “I Feared I Would Never Play Again” 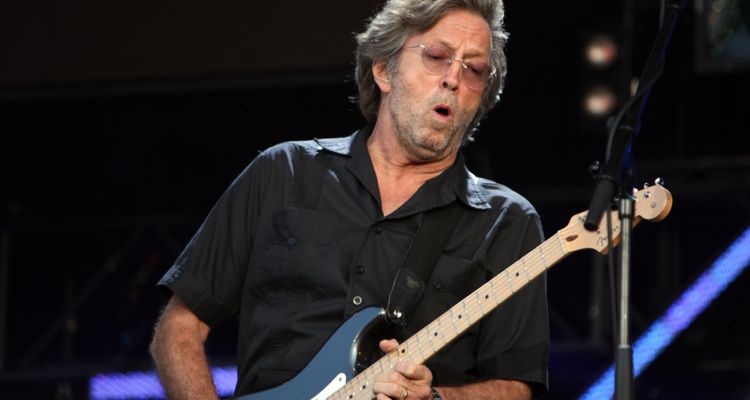 Eric Clapton questions the safety of vaccine efforts after his own experience in a widely circled letter online.

Clapton previously shared his opinion on the COVID-19 shutdown in 2020. He appeared in Van Morrison’s anti-lockdown song, “Stand and Deliver.” In February 2021, Clapton received the first of his two AstraZeneca vaccinations – according to the letter.

“I took the first jab of AZ and straight away had severe reactions which lasted ten days. I recovered eventually and was told it would be twelve weeks before the second one,” Clapton writes.

“About six weeks later, I was offered and took the second AZ shot, but with a little more knowledge of the dangers. Needless to say, the reactions were disastrous; my hands and feet were either frozen, numb, or burning and pretty much useless for two weeks. I feared I would never play again. (I suffer from peripheral neuropathy and should never have gone near the needle.) But the propaganda said the vaccine was safe for everyone,” the singer continues.

“I continue to tread the path of passive rebellion and try to tow [sic] the line in order to be able to actively love my family, but it’s hard to bite my tongue with what I now know,” the letter continues. “Then I was directed to Van. That’s when I found my voice, and even though I was singing his words, they echoed in my heart. I recorded ‘Stand and Deliver’ in 2020 and was immediately regaled with contempt and scorn.”

Clapton has been very vocal about his questioning of the necessity of the lockdowns. Last December, he released a statement when “Stand and Deliver” was released, alluding to those views.

“There are many of us who support Van and his endeavors to save live music; he is an inspiration. We must stand up and be counted because we need to find a way out of this mess. Live music might not recover.”

The authenticity of the letter was verified by Rolling Stone. Clapton makes some interesting comments concerning the vaccine. But he also says, “I’ve been a rebel all my life, against tyranny and arrogant authority, which is what we have now.”

It’s worth noting that there are at least four different vaccine candidates from different companies. The Johnson & Johnson, Moderna, Pfizer, and AstraZeneca vaccines all work differently, and Clapton’s lived experience may not be your own.