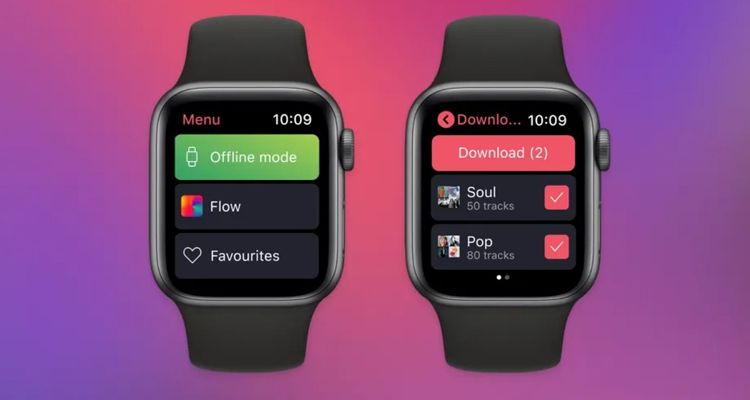 The Deezer app has been available on Apple Watch for some time, but you needed a paired iPhone. Now paid Deezer subscribers can download songs for offline playback without needing a phone to listen.

Apple Music and Pandora were previously the only two other music apps to support offline playback. Deezer’s support of offline listening puts pressure on Spotify to make wearables a focus for the company. Spotify revealed that it is working on a better WearOS app during Google I/O this week – but it has said nothing of its Apple Watch experience.

Deezer subscribers will be able to download their playlists and Deezer-created playlists. You’ll need enough storage on your Apple Watch to hold the files. The new feature is available on the Apple Watch Series 3 and above, running at least watchOS 6. Deezer is working hard to make sure its service is a comparable alternative to Apple Music on iOS and YouTube Music and Spotify on Android.

“When we updated our new Apple Watch app we wanted our users to have an effortless and hassle-free experience. Downloadable playlists give music fans the peace of mind to listen at will and enjoy with the convenience of Apple Watch from the wrist,” said Nicolas Pinoteau, Director of Partnership Solutions at Deezer.

You can use the Deezer app on Apple Watch as a free or paid user. However, free users cannot download music for offline playback. You will need to be a Deezer Premium subscriber for that feature.

The Deezer app will use your phone’s network connection to download and transfer the data to your watch. If your phone is not nearby, the watch will handle the download if it is connected to WiFi or if it has its own cellular connection.