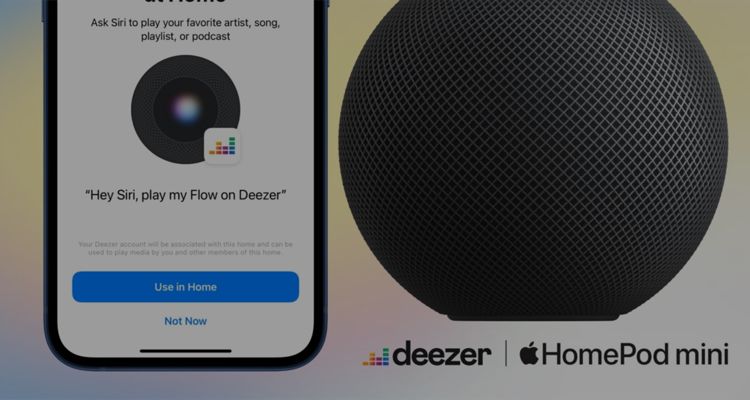 Users will be able to configure Deezer as their default music service on the HomePod mini. You can ask the HomePod to play songs, albums, and playlists that will use Deezer for the music. Deezer says the HomePod even supports high-quality lossless streaming if you are a Deezer HiFi subscriber. That integration only works for music, though – not Deezer podcasts.

Spotify is responsible for Apple opening up the API for the HomePod to third-party services. That’s after Spotify filed a complaint with the European Union in 2017 about what it called Apple’s unfair advantages. Apple doesn’t have to surrender 30% of its subscription revenue to another third party. It also enjoyed exclusive access to its HomePod accessories until Spotify filed this complaint.

Spotify accused Apple of “routinely blocking experience-enhancing upgrades” to lock itself and competitors out of Siri, HomePod, and Apple Watch. Spotify says it tried to submit a Spotify Watch app back in 2015, but the app was blocked by Apple and never released. Apple never expounded on why a Spotify app for Apple Watch would be blocked.

The row with Spotify over what is fair and what isn’t has resulted in several changes to Apple’s business model. The 30% Apple Tax is now reduced to 15% for developers who make under one million. Any developer that makes over one million in gross revenue per year is still subject to the 30% revenue share, including Spotify.

These changes in Apple’s business model have allowed other music services like Pandora and Deezer to take advantage. You can now ask Siri to play your favorite music via Deezer. Tidal has yet to embrace HomePod integration either, but that may come soon with its new ownership.

Deezer is exploring many new ways to increase its user retention. It partnered with an earbud manufacturer to create USB-C earbuds that pre-install Deezer on Samsung devices. That’s important because Spotify has struck a deal with Samsung to be the default music player on its devices. Deezer is bypassing that by partnering with an accessory manufacturer and offering three months of service for free.