Joe Rogan Says He Isn’t Worried About Getting Censored: “Spotify Has Had My Back on Every One of These Things” 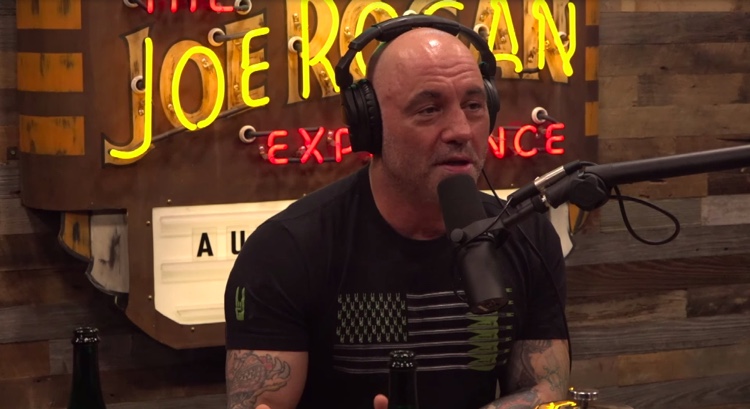 Spotify has permanently deleted more than 40 previous Joe Rogan Experience episodes. But it looks like the streaming giant has abruptly shifted its position on editing Rogan.

Perhaps the marriage between Spotify and Joe Rogan simply got off to a rocky start. Despite the deletion of 42 previous episodes and reports of pressure from Spotify staffers to do more, it now looks like the streaming giant is shifting its approach. That is, instead of deleting episodes — or dangling the threat of deletions, edits, or inserting ‘fact-checking’ introductions and ‘trigger warnings’ — Spotify is now deciding to defend Rogan’s ability to speak freely.

That was confirmed by Rogan, who addressed a spate of recent controversies during a recent podcast interview with Anthony Cumia. “Honestly, it doesn’t bother me that much,” Rogan said, referring to the intense blowback of late. “And one of the reasons why it doesn’t bother me is because Spotify has had my back in every one of these things.  They say, ‘nothing he said has violated any of our terms.'”

“Because I don’t do things to be a bad person. But if I have an opinion on something and it just doesn’t happen to fit with what you’re trying to promote — sorry!”

Without naming names, Rogan is referring to a long list of notable figures that have taken aim at the podcaster following comments about topics spanning COVID-19 vaccines, transgender issues, and the excesses of woke culture. After advising younger people not to take the COVID-19 vaccine, for example, that list included Dr. Anthony Fauci, Prince Harry, and the White House itself, among many others. But that pressure didn’t result in any deletions or edits by Spotify, whose CEO Daniel Ek specifically noted that Rogan hadn’t violated the company’s terms.

But why do people care so much about Rogan’s off-the-cuff comments?

That’s a good point, though Rogan’s influence is immense — regardless of his professional credentials (or lack thereof). That is likely part of the frustration from the ‘so-called experts’ who Rogan contradicts, though Spotify now seems determined to defend their podcasting crown jewel.