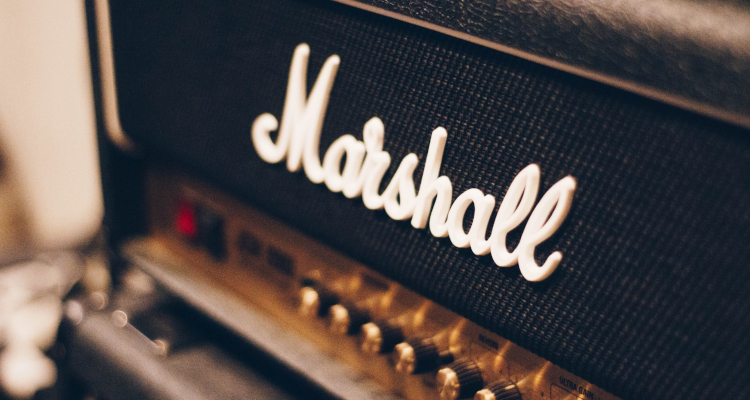 About 18 months after going missing, the stolen guitar and amp of Randy Rhoads have been mysteriously returned, the legendary guitarist’s sister has revealed.

Kathy Rhoads D’Argenzio, the late Quiet Riot co-founder’s sister, just recently announced on Instagram that the instrument (a 1963 Harmony Rocket, “Randy’s first ever played electrical guitar”) as well as the amplifier (a white 1959 Marshall head with a “low serial number”) had been recovered.

Assuming that the photo uploaded by Rhoads D’Argenzio is current, the units appear to be in excellent condition – a point that raises additional questions about the circumstances associated with their theft, the motivation of the responsible party, and their precise location during the last year and a half.

Further details are unavailable presently, however, for Randy Rhoads’ sister made clear that she “CANNOT answer ANY Questions,” because police are still investigating the crime. On this front, Rhoads D’Argenzio took to social media in late November of 2019 to inform fans that someone had “totally ransacked” her family’s Musonia School of Music.

Besides inflicting considerable structural damage, the criminal(s) made off with the aforementioned guitar of Randy Rhoads, his mother’s silver Besson trumpet, and various other instruments (including clarinets, trumpets, and a pair of bass guitars), according to a social-media message from Rhoads D’Argenzio.

In the same early-December Instagram post, Rhoads D’Argenzio relayed that the thief or thieves had also absconded with “EVERY single picture of Randy, my Mom, and Osbournes.” On December 8th of 2019, Rhoads D’Argenzio specified that police had received a tip after local news outlets aired a story about the theft, and that “some (not all) of Randy’s and Musonia’s articles were found in a dumpster.”

Los Angeles resident Barry Stiglets indicated in an interview with The Metal Voice that he’d discovered the dumpster full of ultra-valuable Randy Rhoads memorabilia and gear (looking to consist chiefly of the previously noted photographs as well as some instruments) while walking his dog.

“No, literally, there’s a path we take every morning, and one goes through an alley,” said Stiglets. “And after the dog did his thing, we were walking back, and we walk by a dumpster and there’s several huge cases in there.

“It’s LA – sometimes people leave their apartments, sometimes people die, and these things get thrown out. So, [I] took a look and it was musical instruments, which, you know, is not a common thing you see in the dumpster,” he finished.

From there, Stiglets elaborated that the items had been in the dumpster since at least 6:30 AM (when his neighbor was walking her own dog and spotted the boxes) and that multiple other persons had left with instruments and photos before police arrived on the scene.

As an aside, Ozzy Osbourne offered “a $25,000 reward for information leading to the arrest and conviction and/or return of all stolen items,” but Stiglets said that a possible payment was of secondary concern, while the individual who came forward with the Harmony Rocket and the Marshall head reportedly didn’t request the reward.

Worth noting in conclusion is that Rhoads D’Argenzio stated in her Instagram post revealing the recovery of the Randy Rhoads’ guitar and amp that she intends to “‘follow up’ when I can” – and that her fingers remain crossed for the “still missing items,” seemingly including the aforementioned silver trumpet.

At the time of this piece’s publishing, the North Hollywood PD didn’t appear to have addressed the development on social media or on the LAPD blog. Separately, Randy Rhoads is set to receive a Music Excellence Award at the Rock and Roll Hall of Fame’s 2021 induction ceremony, which is scheduled to take place on Saturday, October 30th.