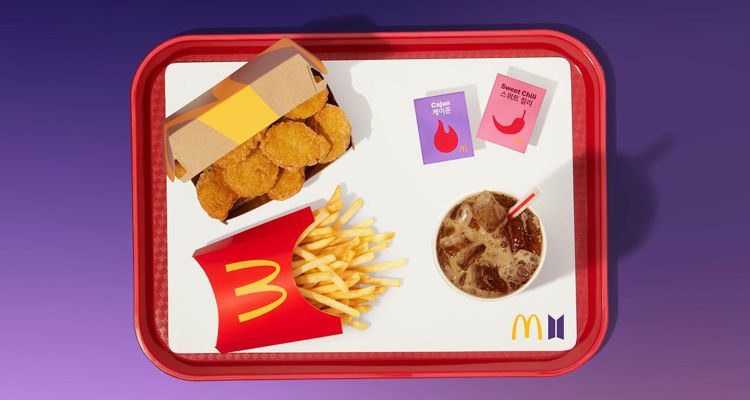 The McDonald’s BTS meal is a 10-piece nugget with special sauces, fries, and a Coke. But it’s causing mass pandemonium all across Asia.

McDonald’s was briefly forced to close some of its most well-trafficked outlets in Indonesia. That’s because demand for the BTS meal spiked as the limited-edition meal hit the country. Videos taken by Indonesians and shared across social media show massive crowds at McDonald’s.

One video shows a McDonald’s that looks like an apocalypse hit it. Chairs are upturned, tables are filled with litter, and delivery drivers are lined up throughout the store to pick up the new limited-edition BTS meal. It has prompted officials in the country to raise concerns about becoming a potential super-spreader event for COVID-19.

Demand also spiked in the Philippines when the exclusive McDonald’s BTS meal released.

The restaurant released a special app with videos of McDonald’s staff mimicking the boy band’s moves. The meal itself is nothing special, but many BTS fans are going wild for the bags and cups that feature the BTS logo.

The meal differs from the Travis Scott and J Balvin meals McDonald’s featured in the past. For one, the two dipping sauces are inspired by South Korean McDonald’s dipping sauces. The Cajun dipping sauce has a strong spicy mustard flavor, while the sweet chili is just that – sweet with a bit of heat.

The McDonald’s Travis Scott meal promotion also caused a huge frenzy here in the United States. The combo of a quarter pounder, sprite, fries, and BBQ for dipping sauces led to supply chain outages the week it was made available. It goes to show that musical artists have the staying power to help fast-food chains promote products that are unremarkable.

One girl in Indonesia shared a distraught video of herself after she found worms in her BTS cup. Her father thought the paper cup was trash and stored worms for fishing in it. “Look at this; these are worms. That’s crazy, I waited so long for this, and now it’s used to store worms,” Uwi Anissa says. “I want to cry; oh God, why did my father have to use this to go fishing.”

Fans in Malaysia even washed and dried their BTS packaging to create a shrine to the band.