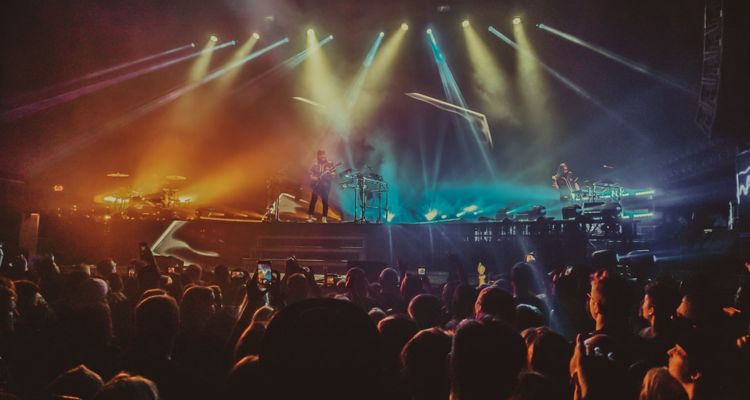 The UK government has released the results of its Events Research Programme COVID-19 concert study – after being sued by a number of angry venue owners and event organizers.

UK live-music representative Live Music Industry Venues and Entertainment (LIVE) and Andrew Lloyd Webber’s Really Useful Group are among the entities that levied the legal action, demanding that the government publicly unveil the findings from its Events Research Programme, which studied the transmissibility of COVID-19 at crowd-based live events.

As an aside, Webber promised to defy continued lockdown restrictions earlier this month – albeit while acknowledging in the same interview that he would “have the mother of all legal cases against” UK government higher-ups if they ignored “their own science” by pushing back step four of the “Roadmap out of lockdown.”

Following these comments, health officials did in fact delay step four, involving removing “all legal limits on social contact” – and, in turn, allowing crowd-based entertainment to resume at scale. Said step, which was tentatively set to arrive this past Monday, June 21st, is now scheduled for Monday, July 19th.

In the interim, “a limited series of pilot events will take place to produce additional evidence on reopening events safely,” per the UK government, with attendees required to show either proof that they’ve been vaccinated against COVID-19 or a “recent” negative test for the bug. The upcoming pilot events appear to also be part of phases two and three of the Events Research Programme.

And though Webber – whose Cinderella will still preview tonight, albeit with “a smaller audience than I had hoped for” – ultimately stepped back from the threat to defy lockdown measures, he moved forward with the suit to compel the UK government to publish the study’s findings, as initially mentioned. Officials responded earlier this week, indicating that they’d make the findings available “shortly” but failing to disclose a precise timetable for the release.

Now, the UK government this afternoon published the more than 12,000-word-long results of its Events Research Programme – and specifically phase one of the investigation, which consisted of nine pilot events (both indoor and outdoor) across multiple days in April and May of 2021.

The results of the in-depth analysis appear to be largely in line with those of other, previously conducted COVID-19 studies – i.e. “outdoor spaces are generally lower risk than indoor spaces,” but “all venues are different and may have indoor spaces such as toilets, food/drink concessions and corridors which can pose higher risks.”

Similarly, organizers emphasized the important role played by ventilation and high-volume areas like entrances and exits. “Participants were in general motivated to follow safety precautions,” the study proceeded, including wearing masks, with detailed compliance percentages disclosed for indoor and outdoor happenings alike.

It bears noting that the verbose report, which highlights CO2-measurement data, the economic implications of lockdowns, and much more, disclosed that a miniscule 15 percent of participants completed both pre- and post-event PCR tests, with the seemingly more important (in terms of gauging the transmissibility of COVID-19 at events, that is) post-event test figure resting at 28 percent.

Adding to the encouraging findings, contact tracing “found evidence of symptomatic individuals attending events despite instructions for participants with symptoms not to attend, and one case of an individual seeking multiple LFTs [lateral flow tests] after a positive test to acquire a negative result.” But even these symptomatic carriers didn’t cause a largescale outbreak, according to the document.