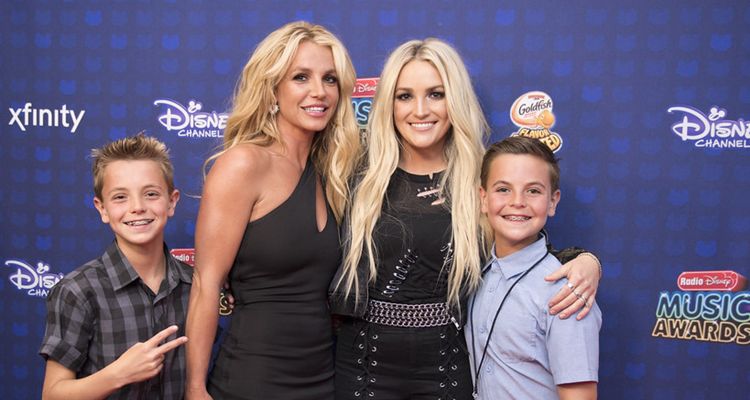 The singer’s younger sister posted a series of videos to Instagram to talk about the issue. The statements come after Britney admits she wants to sue her family for living off of the conservatorship for 13 years.

“I just want to take a second to address a few things,” Jamie Lynn Spears says. “The only reason I haven’t before is because I felt like until my sister is able to speak for herself and say what she felt she needed to say publicly, that it wasn’t my place and it wasn’t the right thing to do. But now that she’s very clearly spoken and said what she needed to say, I feel like I can follow her lead and say what I feel I need to say.”

“I think it’s extremely clear from the day I was born I have only loved, adored, and supported my sister. I mean this is my freaking big sister before any of this bulls**. I don’t care if she wants to run away to the rainforest and have a gazillion babies in the middle of nowhere or if she wants to come back and dominate the world the way she has so many times before. Because I have nothing to gain or lose either way. This situation does not affect me either way because I am only her sister who is only concerned about her happiness,” Jamie Lynn continues.

Jamie Lynn Spears says she’s proud of her sister for requesting new counseling, like she suggested. Britney has a court-appointed attorney, who Jamie Lynn says did not tell her she could petition to end the conservatorship. She also says she hasn’t been able to hire her own chosen counsel.

“If ending the conservatorship and flying to Mars – or whatever the hell else she wants to do to be happy – I support that 100 percent because I support my sister,” Jamie Lynn Spears continues. “I love my sister, always have and always will as long as she’s happy. So let’s keep praying. That’s all.”

Shortly after the videos released, the online backlash to them begun. Many #FreeBritney supporters criticized Jamie Lynn Spears for not speaking out against her father. “Jamie Lynn Spears, if you really support your sister, then file for a termination of the conservatorship,” reads one response to the videos online.

“Where is Britney’s missing $600 million, Jamie Lynn? Why did Lou Taylor’s finance company receive a cash injection of $600 million immediately after you, Jamie Lynn, were mysteriously made sole trustee of Britney’s estate? The same Lou Taylor who is also *your* business manager?” another comment reads.