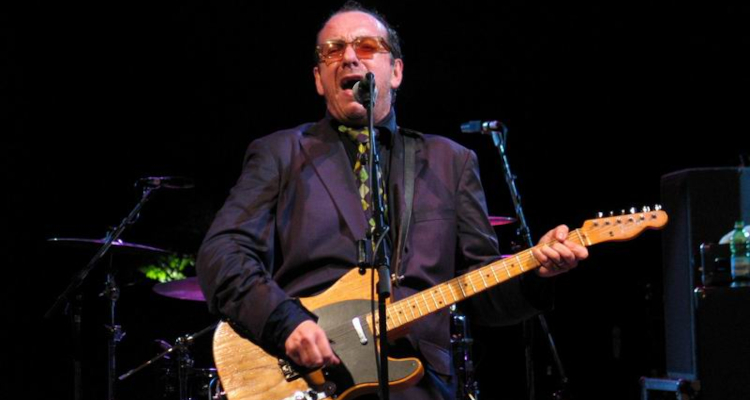 Some fans have taken aim at Olivia Rodrigo for allegedly plagiarizing Elvis Costello on “Brutal,” the opening track of her commercially successful debut album, Sour – prompting a response from the 66-year-old Rock and Roll Hall of Famer.

The plagiarism-centered controversy looked to begin after 56-year-old Courtney Love accused Olivia Rodrigo of “stealing an original idea and not asking permission,” referring specifically to a series of promotional pictures that the 18-year-old Rodrigo released and the cover of Live Through This, a 1994 album from Love’s band, Hole.

Love first pointed out the similarities between the images – one of which, like the Live Through This cover (albeit with Rodrigo as opposed to model Leilani Bishop), features Rodrigo holding a bouquet while wearing a dress and a tiara as her mascara runs – in an Instagram post and a subsequent Facebook post, the latter of which included the above-mentioned quote. Worth noting is that Live Through This released via DGC Records – a subsidiary of Universal Music’s Interscope Geffen A&M Records, the division behind Geffen, through which Rodrigo released Sour.

In any event, this initial criticism from Love seemed to spur broader pushback on social media, where some users then penned posts about the perceived similarities between the guitar riff in Rodrigo’s “Brutal” and that in Elvis Costello’s 1978 hit “Pump It Up.” All manner of fans ultimately weighed in on the matter – so much so that Costello himself caught wind of and responded to the comparison of “Brutal” and “Pump It Up.”

But in a stark contrast to many other artists’ responses to alleged infringement, the London native Costello voiced support for Rodrigo, replying to a message in which one fan, following up on Love’s claims, said that the “first song on the album [Sour] is a pretty much direct lift from Elvis Costello.”

“This is fine by me, Billy,” penned the one-time Grammy winner (and 14-time nominee) Costello. “It’s how rock and roll works. You take the broken pieces of another thrill and make a brand new toy. That’s what I did. #subterreaneanhomesickblues #toomuchmonkeybusiness.”

Most fan responses to Elvis Costello’s tweet appear to approve of the stance, with multiple individuals characterizing him (and his position on the topic) as “classy.”

“Elvis is a class act, rather than just wanting to sue someone he takes it as a compliment and enjoys the outcome. Such a great guitar riff, it deserves to be heard again somewhere,” authored one such observer.

On this front, a judge ruled about two weeks back that Jay-Z and Timbaland must face a lawsuit over an allegedly stolen guitar riff, whereas Travis Scott was named in a copyright infringement complaint one year ago for allegedly lifting the guitar riff in “Highest in the Room” from Instagram.