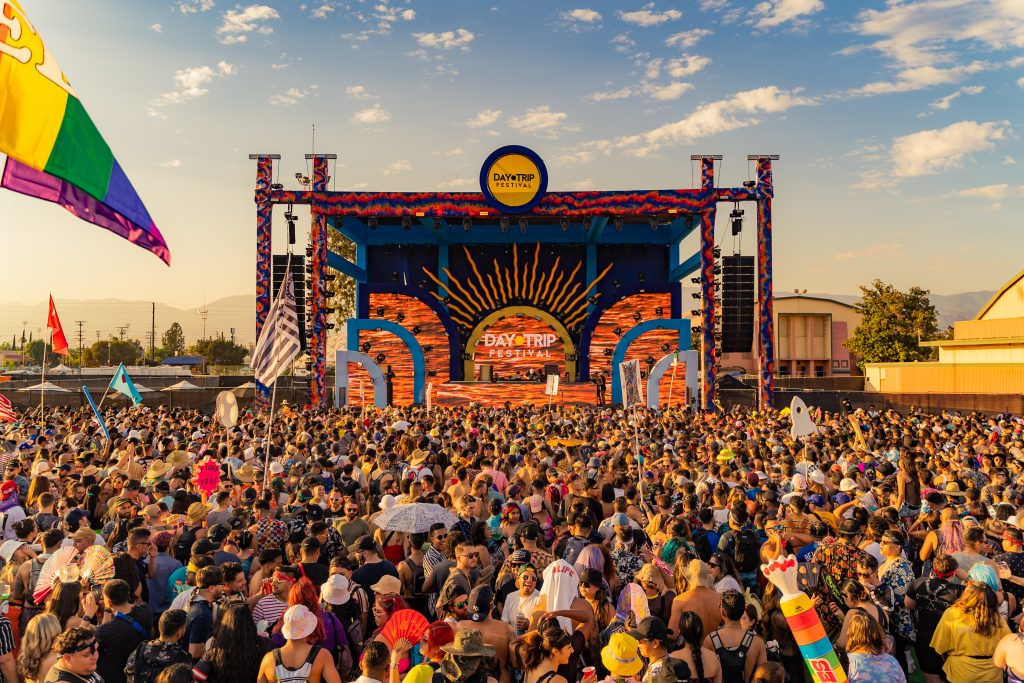 During the July 4th weekend, Insomniac’s Day Trip Festival kicked off the summer festival season as the first festival back in Southern California.

Back in September, Digital Music News first reported that Day Trip Festival had sold out in record-breaking time after tickets became available. As the first festival back in SoCal, it was a no-brainer to attend and see exactly how the show came together after 550 heartbreaking days away from live events.

As you can imagine, it wasn’t easy being the first music festival back in SoCal. The festival’s original location at LA Waterfront was relocated to the lot at Hollywood Park at the new SoFi Stadium in Los Angeles weeks before the event. More days went by, and new challenges arose. Eventually, Day Trip Festival shifted to a familiar spot for Insomniac events, NOS Events Center in San Bernardino, CA.

Pasquale Rotella, founder and CEO of Insomniac, posted a video on Instagram to reach ticket holders and let them know why there were venue changes and how they will accommodate them.

For ticket holder accommodations, full refunds are being issued and ticket holders were given a free ticket to the Day Trip Festival at its new location. Additionally, Insomniac provides an extra free ticket to any Insomniac festival of choice that is not sold out and is scheduled during the 2021 year. Lastly, Insomniac Events is providing reimbursements for non-refundable flights and hotels that were booked.

So far, I haven’t heard of any other event holders accommodating ticket holders to this great extent when complications for a show happen. The most I’ve seen is just a simple ticket refund. Now, attendees get to party at another Insomniac festival at no charge.

Insomniac is known worldwide as a leading innovator in the music events space. Even with its challenges leading up to the event, Day Trip Festival did not shy away from Insomniac’s high standards.

With just days to set up at the new location, it was impressive how smooth the experience was overall. Parking and shuttle options were made clear. The lines for getting into the festival and scanning tickets went better than most shows pre-Covid. Walking into the festival felt surreal as it was my first live event since lockdowns in March of 2020.

The majority of attendees were maskless, and it felt as though there was no time loss for live music. The performances took place across the Deep End and High Tide stages. The Deep End stage was dressed with palm trees and disco balls, while the High Tide stage was a larger stage with more screens and more lasers.

In between the two stages, you could find various attractions on the festival grounds. There were massive giraffes and a skyrocketing flamingo structure, as well as countless disco balls hanging on the stages and throughout the festival grounds. There were multiple water-misting fans and shaded areas to cool down from the summer heat. The ferris wheel rides during sunset and the Volkswagen bus provided the best photo ops. There were numerous hammocks on the grounds for those who wanted to give their feet a break. The vibe was set for everyone to dance the weekend away with house music all day.

You never felt like you were missing out on an attraction at the festival. There was enough time to explore the grounds and experience all it had to offer.

My favorite part of the event was when the sky was lit up with a drone show. Two hundred drones were programmed to display different figures and phrases. In my opinion, this was way cooler than just your average fireworks. The whole crowd had their eyes glued to the sky, waiting for the next display. A crowd favorite was when the drones spelled out, “WE BACK, BABY!!” This amped up everyone’s energy to dance the rest of the night away. 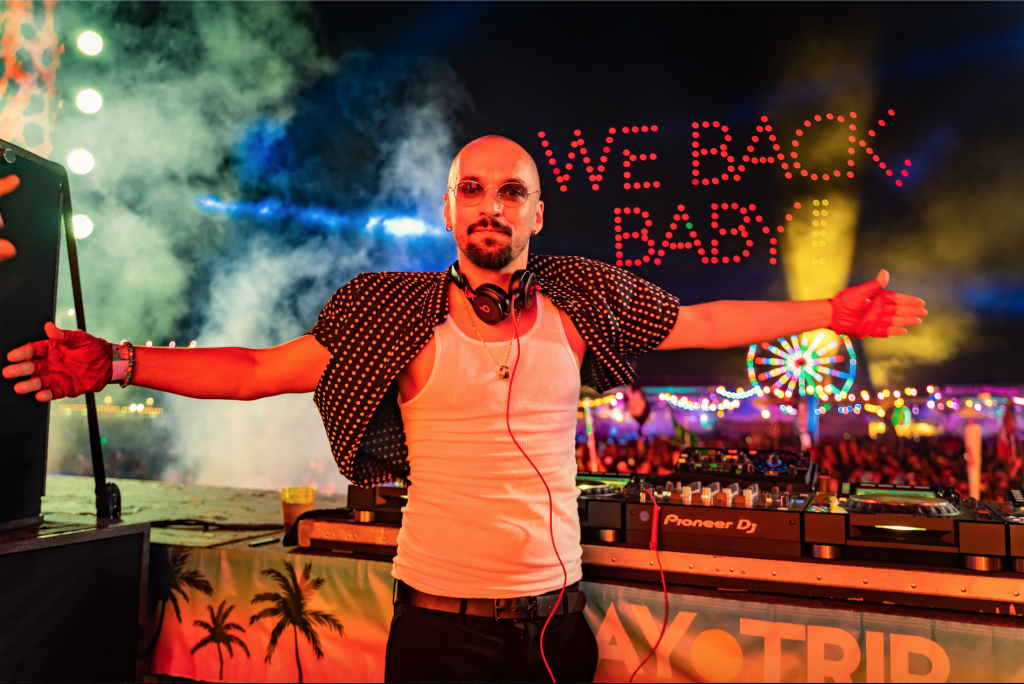 For those who missed the event, Day Trip LA is not just a festival. They hold events weekly on The Patio at Academy LA. If you want to get a taste of how the festival went, check out their Summer 2021 schedule and attend a show.