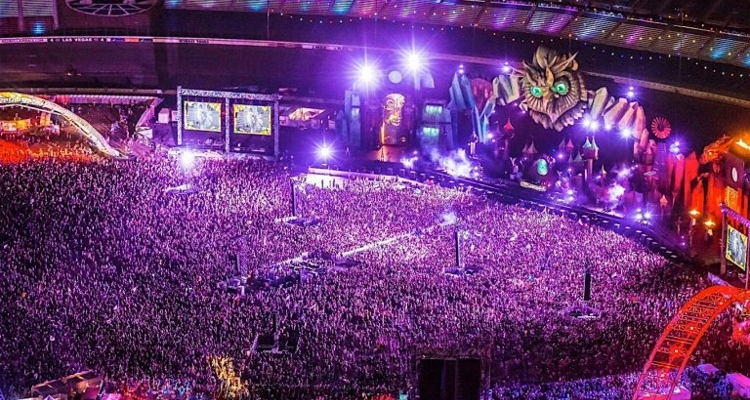 Insomniac Events revealed the rapid-fire Day Trip sellout to Digital Music News this morning. Ranging in price from $39.99 to $69.99 (plus fees), the inaugural festival’s tickets went on sale yesterday (Thursday) afternoon. Just 1.5 hours after the fact, Insomniac moved to establish a waitlist for the live music-hungry fans who couldn’t secure passes.

This resounding success arrives about one month after EDC Las Vegas 2021 sold out in less than a day. And needless to say, the developments suggest that more than a few fans are eager to resume enjoying non-socially distanced concerts and music festivals. In addition to boding well for the live event sphere and artists, the point should enable forward-thinking promoters to stay afloat and invest in their 2021 schedules with increased confidence and effectiveness.

In this vein, Insomniac could conceivably use the capital generated by Day Trip ticket sales to further bolster its 2021 lineup. With EDC slated to occur in late-May and Day Trip set for July (Bonnaroo, for its part, will fill the gap when it takes place in June), the entity may well unveil another festival yet, for autumn. (Coachella was briefly rescheduled for October 2020, in what would have marked the two-decade-old festival’s first fall dates since its 1999 debut, but was subsequently pushed back until April 2021.)

More broadly, leading concert promoter Live Nation (which owns about half of Insomniac itself) is undoubtedly noticing of the strong pre-sale results and molding its 2021 plans accordingly. Within its Q2 2020 earnings report, the publicly-traded company signaled confidence in the prospect of traditional concerts and music festivals experiencing a full-scale return next year.

Additionally, in a further testament to live music’s fundamentally powerful footing, Live Nation specified that 86 percent of fans had opted to keep their tickets when refunds were available – a modest four percent decrease from the previous quarter.

In related news, on Monday we covered the debut of TBA, a music talent agency started by several laid-off Paradigm agents. Described by one of its co-founders as “a new agency for the new music business,” the LA- and New York City-headquartered company could become a serious player once concerts resume.