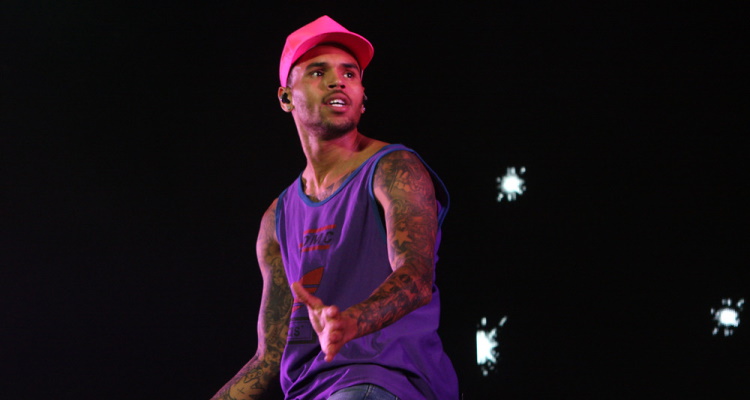 Sony Music Entertainment and Chris Brown are facing a lawsuit for allegedly infringing upon 1997’s “Tight Up Skirt” in 2017’s “Privacy.”

New York City-headquartered Greensleeves Publishing, which was founded in London in 1975, just recently submitted the complaint to a New York federal court, naming as defendants Sony Music, Chris Brown, and the 32-year-old’s Chris Brown TV, which itself owns Brown’s YouTube channel, per the suit. The straightforward and concise action notes at the outset that Greensleeves “owns and administers exclusive music publishing rights in the United States” for “Tight Up Skirt.”

Jamaica-born Red Rat (full name Wallace Wilson) released “Tight Up Skirt” in the United Kingdom in 1997 and subsequently made the roughly 210-second-long work available in other regions, according to the plaintiff, who registered the song with the U.S. Copyright Office (registration number PA0002233744) in mid-March of 2020. As an aside, searching YouTube for “Tight Up Skirt” returned a top result for Red Rat’s track and, a few positions beneath that, Brown’s “Privacy” at the time of publishing.

On this front, Chris Brown allegedly “took the core musical feature of” Greensleeves’ “Tight Up Skirt” and “used it prominently” in “Privacy” – “without permission,” per the legal text.

The songs “share a similar primary identifying feature,” the plaintiff elaborates, in the form of “a melody containing the lyrics ‘Hey you girl inna di tight upskirt’” (in “Tight Up Skirt”) and “‘Hey you girl without a tight up skirt’” (in “Privacy”), according to the filing. (The latter line doesn’t appear to exactly match that which is displayed on leading lyric databases, which indicate that the fourth word is “with” as opposed to “without,” despite Brown’s unique pronunciation in the track.)

Similarly, Greensleeves Publishing and its legal team relay that the lines’ “shared structural placement,” at the beginning of the songs’ respective choruses, “is significant and adds to the prominence of the similar melody.”

Though the line “is the hook and dominates the chorus sections” of the purportedly infringed track, appearing some 18 times (when also factoring for slight variations), Chris Brown’s RIAA certified Multi-Platinum track “does not contain a hook phrase,” meaning that the line “takes on greater significance, due to its prominent position as the first phrase in each chorus section.”

Lastly, in terms of the plaintiff’s arguments, Greensleeves alleges that the lyric in question is “a focal point” in “Privacy,” in part because “a very spare instrumental accompaniment” complements the delivery of the line, as opposed to the more comprehensive instrumentals that can be heard throughout the other parts of the track.

Greensleeves is seeking an injunction enjoining the defendants from creating, promoting, or selling “any materials that are substantially similar to the copyrighted work,” as well as north of $500,000 in damages and “the gains, profits and advantages they [Brown and SME] have obtained as a result of their acts of copyright infringement,” to the tune of over $1,000,000.

At the time of this piece’s writing, neither Sony Music nor Chris Brown appeared to have commented publicly on the lawsuit, which arrives about one month after Ariana Grande settled her long-running “7 Rings” infringement suit. Separately, Lizzo, Childish Gambino, Halsey, and Ed Sheeran alike remain embroiled in infringement-centered courtroom confrontations.