The Weeknd Jumps Into $2 Million Seed Funding Round for Songfinch 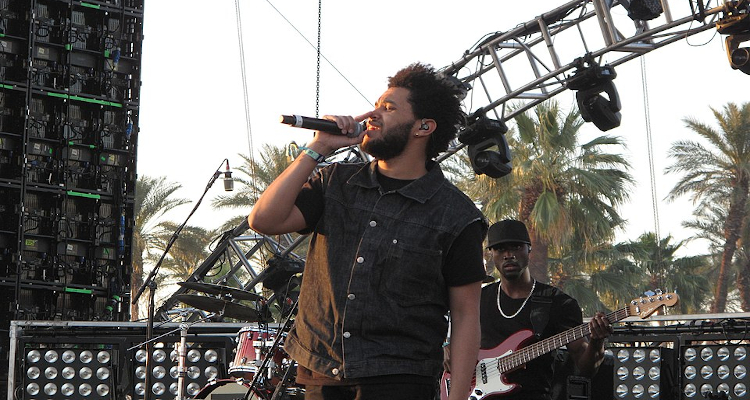 The Weeknd has officially jumped into a $2 million seed funding round for Songfinch, a platform through which fans can order personalized songs created by professional musicians.

Chicago-based Songfinch just recently detailed its $2 million funding round, via a formal release that was emailed to Digital Music News. According to this announcement message, high-profile figures including The Weeknd, Atlantic Records chairman and CEO Craig Kallman, Reverb founder David Kalt, and Wassim “Sal” Slaiby have backed the company.

Slaiby, co-manager of The Weeknd and co-founder of XO Records, in April became CEO of Universal Arabic Music, which the overarching Big Three label founded via its Republic Records subsidiary. Additionally, the release discloses that Songfinch co-founder Josh Kaplan “is partners with Saliby [sic] and serves as co-manager and legal counsel for Doja Cat.” Other Songfinch co-founders include Off Center managing partner John Williamson, COO Rob Lindquist, and Technori co-founder Scott Kitun.

The financial specifics of the multimillion-dollar funding round – that is, the amount contributed by each investor – aren’t featured in the concise release, which does however note that “Songfinch has created over 20,000 original songs” to date. A quick inspection of the five-year-old company’s website reveals that clients can specify whether they’d like their song to mention the recipient’s name or the occasion at hand.

Purchasers also select their song’s preferred genre and mood(s), before providing personal information and details that the creator then uses to craft the personalized track. The service normally costs $249 per work but is available for $199 presently, the platform also shows.

Addressing his funding-round participation in a statement, Kallman said: “Songfinch gave me the opportunity to send an extraordinary musical gift that proved so moving and emotional for all the people I sent it to. The creativity and impact of this service is truly remarkable and I had no hesitation becoming an investor.”

While The Weeknd – who made the switch from WME to CAA in late February, ahead of his After Hours World Tour – didn’t provide a statement for the release, it’s worth noting that the 31-year-old backed creator-collaboration platform Pearpop in April. The less than year-old app has raised a total of $16 million, including investments from Snoop Dogg, Diddy, Marshmello, and The Chainsmokers.

Earlier this month, livestreaming startup Mandolin closed its $12 million Series A, and music licensing and distribution platform Songtradr revealed late last month that it’d raised $50 million via a Series D, at a valuation of over $300 million.