Where Is Kanye West’s Donda Album? Release Remains MIA as Rapper Locks Himself Inside Mercedes-Benz Stadium 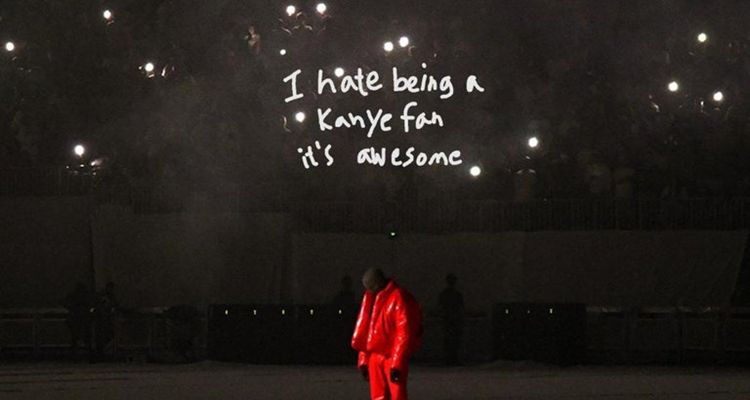 Where is Kanye West’s Donda album? After a massive listening party live-streamed on Apple Music – the album is still missing.

Donda was supposed to appear on streaming services at 9 pm Pacific Time. But after it failed to materialize, many fans began wondering if Kanye is trolling again. That’s because West showed up around two hours late to the start of the album. But the crowd was subdued compared to past bombastic album drops from the rapper.

Fans are left clamoring and wondering what happened. So far, the only people who have enjoyed the album are those who tuned in to the late livestream event. Speculation on reddit with no confirmed source seems to indicate Kanye may have been unhappy with how the event kicked off.

Accordingly, footage has now surfaced of the rapper inside Mercedes-Benz Stadium, where the album unveiling party took place last week. West is apparently locking himself inside the stadium while he finishes the project. He was recently spotted at a soccer match between Atlanta United and Columbus Crew with pantyhose around his head, and the same red outfit worn during the unveiling presentation.

Several news outlets have reached out to Kanye West reps at Universal Music. No one has responded to the question, “Where is the Donda album?” That’s likely because the rapper loves to tinker with last-minute mixing. Donda was first teased in March 2020 and set for a June 2020 release.

“Kanye is REALLY mad right now,” the post claims. “Kanye ended the last song and stood there in the middle of the stadium, literally just looked at the crowd. He was expecting everybody to go crazy because of the Jay-Z verse and the Throne comeback basically but NOBODY heard the Jay-Z feature. I thought it was 2Chainz when I heard it in the stadium, the acoustics were f**king AWFUL. Kanye literally walked away and said, ‘f*ck it I’m ending this shit and just’ f**ked off.”

Another person who attended the event seems to confirm that the stadium didn’t offer the sound Kanye expected. “I was there and can confirm. Was stood there for the entire Jay-Z verse trying to figure out who tf was rapping. When the song ended, the stadium was radio silent, no movement the whole time. It was honestly hard to watch,” the reddit post reads. 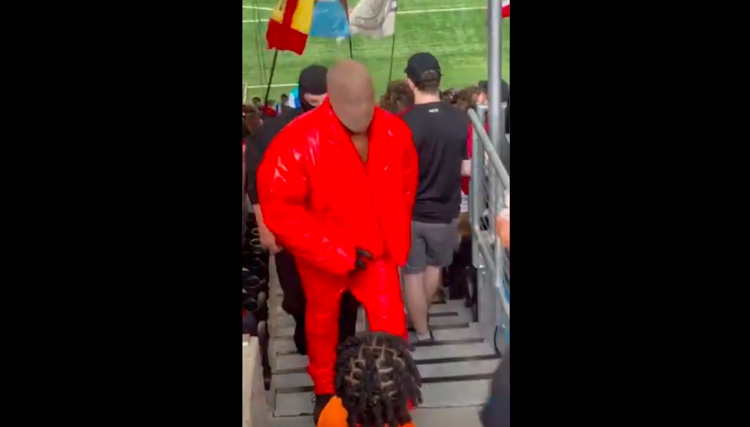 Kanye West spotted at Mercedes-Benz Stadium, where he is reportedly remaining to finish the Donda album.

Another person who watched the event on Apple Music asked how people couldn’t hear the Jay-Z verse. That’s because the live-streamed version likely had pre-mixed audio piped in with the stream. “Experienced the same!,” another attendee at the stadium writes.

“I knew it was Jay Z, eventually. I went nuts. But everyone around us just didn’t seem to catch it. Listening back once we got to hotel, it’s VERY clear. But, in the stadium it really wasn’t at all. I think that was the catalyst for Kanye ending it right then. The crowd was SO awkward.”