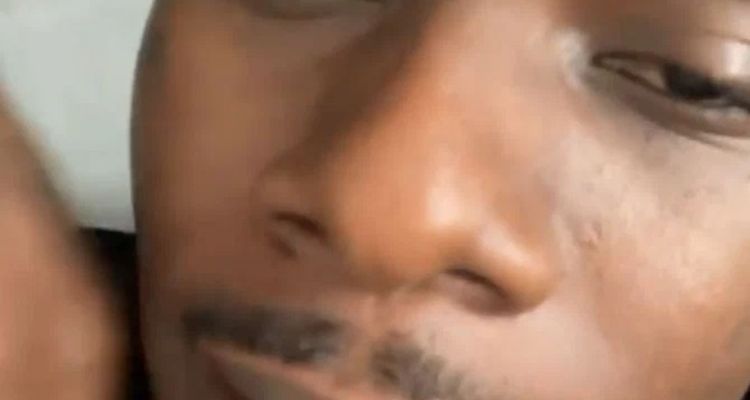 Rapper DaBaby issued a half-baked apology for homophobic comments made during his Rolling Loud set on Saturday. It wasn’t enough to save an endorsement deal with UK-based Boohoo.

DaBaby tweeted last night that his comments were insensitive, and he had no intention to offend. “Anybody who done ever been effected [sic] by AIDS/HIV y’all got the right to be upset, what I said was insensitive even though I have no intentions on offending anybody. So my apologies,” the rapper begins.

“But the LGBT community, I ain’t trippin’ on y’all do you. Y’all business is y’all business.” The apology came swiftly after fashion brand Boohoo severed ties with the rapper over the homophobic rant on stage. Boohoo recently released a 100-piece capsule collection featuring DaBaby.

In the wake of the criticism surrounding the rapper, Boohoo confirmed it would not be working with him anymore. The brand tweeted, “BoohooMAN condemn the use of homophobic language and confirm we will no longer be working with DaBaby. Diversity and inclusion are part of the boohoo Group’s DNA and we pride ourselves on representing the diverse customers we serve across the globe.”

Boohoo dropped DaBaby on Monday after he attempted to defend his rant at Rolling Loud.

The rapper posted an Instagram story addressed to his fans. “I wasn’t going on a rant, that’s called a call-to-action, that’s what that’s called, ’cause I’m a live performer. I’m the best live performer, you interact with your fans, you get what I’m saying? All the lights went up, gay or straight, you want to know why? ‘Cause even my gay fans don’t got f**king AIDS. They ain’t no junkies.”

Fans have asked Dua Lipa to remove DaBaby from his verse in her remix of “Levitating.” Others have asked that Megan Thee Stallion be invited to perform the verse instead. Dua Lipa wrote on her Instagram that she was ‘surprised and horrified’ by the comments.

“We need to come together to fight the stigma and ignorance around HIV and AIDS,” Dua Lipa told her fans. DaBaby falsely told fans at the Rolling Loud festival that HIV will make you die in two or three weeks and insinuated that it’s a disease for only gay people.

DaBaby asserted that what he says on stage does not concern people online. “What I do at the live show is for the audience at the live show,” he says in his Instagram story. “It’ll never translate to somebody looking at a five, six-second clip online.”