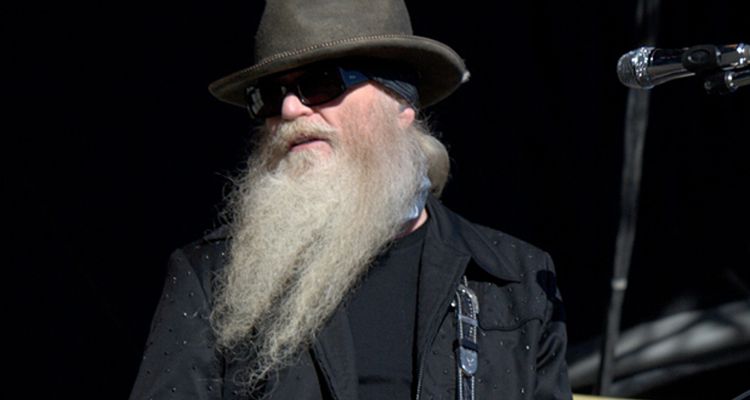 ZZ Top bassist Dusty Hill has passed away in his Houston home, aged 72.

The band shared a statement on Wednesday announcing the bassist’s death. “We are saddened by the news today that our compadre, Dusty Hill, has passed away in his sleep at home in Houston, TX,” the statement reads.

“We, along with legions of ZZ Top fans around the world, will miss your steadfast presence, your good nature, and enduring commitment to providing that monumental bottom to the ‘Top.’ We will forever be connected to that “Blues Shuffle in C.” You will be missed greatly, amigo. Frank & Billy”

Dusty Hill joined ZZ Top in 1969, shortly after they signed with London Records. In 1973, the band hit the big time with “La Grange.” They followed on that success with legendary blues riffs and clever lyrics. But Dusty Hill and Billy Gibbons formed the iconic bearded duo of the band on stage.

Hill sang backing vocals on several ZZ Top songs, including “Tush,” “Bad Girl,” and “Hi Fi Mama.” Both Hill and his bandmates were inducted into the Rock and Roll Hall of Fame in 2004. The band remained together for more than 50 years, keeping the lineup of Dusty Hill, Billy Gibbons, and Frank Beard intact throughout their history.

ZZ Top’s most recent album was La Futura, which released in 2012. The band was reportedly working on a follow-up. When asked about the longevity of the band, Hill said it’s because the group enjoyed what they do for a living.

“I don’t know that there is a secret. But you gotta hit it with the fun part. We enjoy what we do. They’re other people that enjoy what they do for a living; it turns out to be the same for us,” Hill says in an interview in 2016 with Bass Players Only.

“That’s as close as I can come to answering the question. There’s a lot of different factors, I guess, but the main thing is we just enjoy playing together.”

Back in July, ZZ Top announced Hill would be taking time away due to a hip issue. The band’s long-time guitar tech, Elwood Francis, stepped in to play for Hill. Hill also made several silver screen cameos in movies like Back to the Future Part III and the HBO series Deadwood.