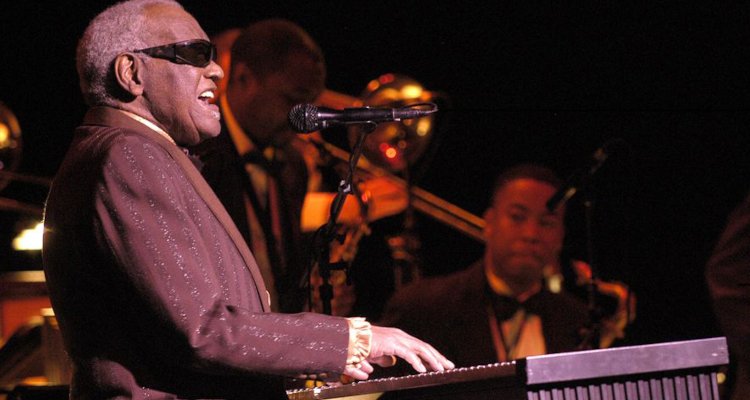 Legendary singer-songwriter Ray Charles has officially been announced as one of four Country Music Hall of Fame members-elect for 2021, with a formal ceremony set to take place sometime next year.

The more than half-century-old Country Music Hall of Fame just recently unveiled the 2021 members-elect on its website and via a livestream hosted by Reba McEntire, who has made a full recovery from COVID-19. In the “recording and/or touring musician” category, these 2021 inductees include veteran session drummer Eddie Bayers and well-known pedal steel guitar player Pete Drake.

Mother-daughter country duo The Judds received a nomination in the “modern era artist” category, and Albany, Georgia-born Ray Charles was nominated as a “veterans era artist.” Acknowledging the “Georgia On My Mind” artist’s reputation as a pioneer of R&B, the Country Music Hall of Fame proceeded to emphasize the “enormously influential” part that Charles played in the country-music space, including by releasing Modern Sounds in Country and Western Music in 1962 and making the genre “a significant part of his repertoire from that point forward.”

Featuring popular and commercially successful tracks such as “I Can’t Stop Loving You” and “Bye Bye Love,” Modern Sounds in Country and Western Music has been cited as a major influence by country mainstays like Willie Nelson, who said that the 12-track work “did more for country music than any one artist has ever done.”

At the time of this piece’s publishing, Willie Nelson didn’t appear to have addressed Charles’ induction on Twitter. Several of the 88-year-old’s most recent tweets promote his latest book, Willie Nelson’s Letters to America, which became available to fans in late June.

The 17-time Grammy winner (and 37-time nominee) Ray Charles went on to release a follow-up to the highly influential country album, Modern Sounds in Country and Western Music Volume Two, in October of 1962. This latter effort featured renditions of “You Are My Sunshine” and “Oh Lonesome Me,” which Chet Atkins produced for singer-songwriter Don Gibson in 1957. Plus, Charles’ Friendship (1984) includes duets with Billy Joel, Johnny Cash, Hank Williams Jr., and The Oak Ridge Boys, among others.

“Fantastic news that Ray Charles is in! Modern Sounds in Country and Western Music is one of the albums that’s done the MOST historically to promote the growth of the country music audience. Wonderful!!” wrote one individual.

“Sixteen years after his death Ray Charles will be inducted into the Country Music Hall of Fame. Congrats!!!! Should have happened when he was alive,” penned another Twitter user.