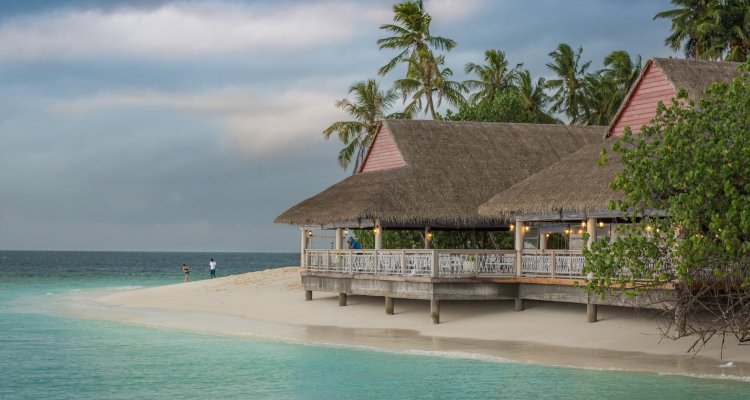 Rodello’s Machine recently scored a VRBO placement through music licensing and distribution platform Songtradr, and the indie duo – consisting of Kolby Knickerbocker and Nathaniel Donnis – sat down with Digital Music News to discuss the deal and their experiences in the quick-growing sync space.

The uplifting acoustics of the San Diego-based act’s “Lila” set a positive mood in a 30-second-long VRBO ad spot, centering on the advantages of using the online marketplace to rent a luxurious beachfront home. Knickerbocker and Donnis co-wrote the track’s meaningful lyrics, but in one of many testaments to the nuanced nature of the contemporary sync landscape, the client opted to utilize only the song’s instrumental portion.

Notwithstanding the considerable exposure – and substantial paycheck – that the placement delivered, Donnis and Knickerbocker told us that they learned of the deal through a simple email. Like other creators have also indicated, major sync opportunities come to fruition at once, without back-and-forth music-supervisor negotiations, thanks to one-stop platforms like Songtradr – even for those with highly active pitching schedules.

“We are constantly uploading and working and networking through music supervisors, sync agencies, sync libraries, and even in Songtradr. I’m always pitching,” said Knickerbocker. “Suddenly, we got an email that was like, ‘VRBO licensed your song.’ And I’m like, that’s cool – that wasn’t even on the [Songtradr] dashboard. I had no idea about it. I guess they found us by searching metadata.”

Becoming aware of sync placements (or their precise details) post-contract is hardly uncommon, the Rodello’s Machine members continued – an especially noteworthy point because the duo has sync-licensing experience both on the exclusive and non-exclusive sides.

“We played that angle [exclusive sync licensing] for a little while, and then we discovered that we wanted to work with other people and not take that risk,” Donnis said of the inherent uncertainty that comes with hunting solely for major placements.

“So we decided to do non-exclusive agreements only, and then we spread ourselves out and had more of a market-networking effect. And so far, it’s been good because we were able to work with multiple companies,” he continued. “But on the flip side of it, it’s like a placement that’s exclusive, we’d probably set all that stuff [sync details] up. ‘Hey, we got you on this deal and we’re going to do this, and this is when it airs.’”

Knickerbocker, for his part, acknowledged that the pivot towards non-exclusive licensing deals, despite an occasional major placement (like that with VRBO), has brought with it an influx of smaller-scale opportunities in today’s volume-driven entertainment and advertising industries.

“I give an analogy to my friends who are trying to get into this: You can go hunting for the whale, and if you get the whale you’re amazing. Or you can fish every day, and you’ll feed yourself every single day, but they’re small fish,” he explained.

Moreover, the quick-moving style of creation that lends itself to this approach means that Knickerbocker and Donnis needn’t expend energy attempting to create “hit” songs designed for massive placements. Though they still search for – and secure, as the VRBO agreement shows – such deals occasionally, they chiefly focus on regularly releasing music and enjoying the benefits of the decidedly less competitive non-exclusive sphere.

“I think the supervisor model, at least from what I’m seeing, it feels like a lot of artists that are starting out, trying to get into the sync game, go for the whale,” said Knickerbocker. “There’s so many supervisors’ agencies getting thousands, I’ve heard from them thousands of emails every day with new songs, and they just can’t go through them.

“Everyone’s crowding this one little stage, raising their hand like, ‘Please pick me.’ And there’s this whole other world where you can do Musicbed or Songtradr or Artlist on the side, where it’s basically direct-to-consumer where all these little film producers – and big ones too, like VRBO – and these ad creators are like, ‘Hey, I need a song like this, who’s got it?’ And then, you know, there’s hundreds and thousands of those, everyone’s just yelling at them.”

That a volume-based sync-licensing approach and financial success aren’t mutually exclusive attests to the ongoing evolution of the music landscape – and the additional changes that will arrive in the coming years.

“It’s less of a feast or famine, it’s less of like a nothing or superstar model right now, especially with what I’ve found with sync licensing,” Knickerbocker said of this evolution. “You don’t have to rely on Spotify, editorial playlists, or the record label – you can actually go into like Songtradr, or Musicbed, Artlist, and these other places where you can get decent music, and you can make a five-figure income every year just from creating good music, which is great.

“And at least in my book, if you can live off your music, you’ve won the game – you’ve won the music game. That seems like a low bar, but it’s very hard in the music industry, and I think it’s much more possible now, in the last four or five years with these different avenues of smaller but larger-volume sort of revenue streams, to find success,” he finished.