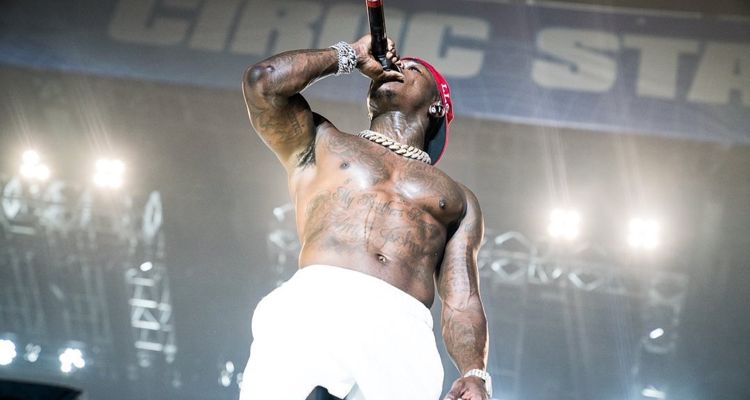 Rapper DaBaby will perform at this year’s Boosie Bash in Baton Rouge after being canceled.

The rapper’s reputation as a ‘festival killer‘ grew after his confrontation with the LGBTQ+ community at Rolling Loud in Miami. After comments made on-stage at the festival, DaBaby was subsequently removed from several other festivals. Lollapalooza yanked him from the line-up just hours before the rapper was slated to take the stage. DaBaby was also yanked from Governor’s Ball, Day N Vegas, and several others.

But DaBaby revealed last week he will take the stage again at Boosie Bash.

“Boosie Bash, August 28,” DaBaby shares in an Instagram Live clip for his fans. “Baton Rouge, Louisiana. Live show killa! Dumb shit.” Boosie Badazz was one of the rappers who came to the defense of DaBaby for his comments.

The show is being held at A.W. Mumford Stadium at Southern University and A&M College. Tickets to the event start at $100, but there’s no refund policy. If the event is canceled for some reason, you’ll be left high and dry without a refund.

Coronavirus cases in Louisiana are surging. According to a report from NOLA.com, more coronavirus deaths were recorded on August 23 than any other day of the pandemic. Over the past seven days, 346 people have died, which is a 21% increase over the prior week. Louisiana does have a state-wide mask mandate for indoors. The mandate is in place until September 1, but may be extended.