Why Was DaBaby Canceled? Here’s a Timeline of What Happened 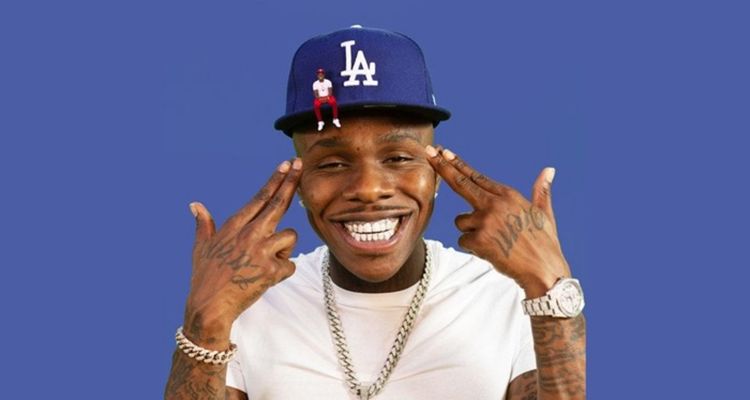 Why was DaBaby canceled? The rapper has been pulled from live music shows across the country. Here’s a recap of what happened — and the continued fallout.

The Charlotte-based rapper DaBaby is facing swift backlash after homophobic remarks. He made the comments on July 25th during his set at Rolling Loud Miami. When he took the stage for his Rolling Loud set, DaBaby went on a homophobic rant that caused quite a stir online.

After video of the incident went live on social media, the backlash started.

On July 26th, the rapper took to Instagram to clarify some of his comments. He said his fans would never contract HIV/AIDS because they’re not “nasty gay n—-s or junkies. I wasn’t going on a rant,” the rapper stated. “That’s called a call to action. That’s what that’s called, ’cause I’m a live performer. I’m the best live performer.”

That Instagram post didn’t go over well and on July 27th, DaBaby was forced to apologize again. “Anybody who done ever been effected by AIDS/HIV y’all got the right to be upset, what I said was insensitive even though I have no intentions on offending anybody. So my apologies.”

DaBaby’s public apology came just a day before fashion company BooHooMan announced it would no longer work with the rapper. “boohooMAN condemn the use of homophobic language and confirm we will no longer be working with DaBaby,” their statement reads.

Fans soon began prompting Dua Lipa to address the controversy. The English-Albanian singer worked with DaBaby on a remix of her track, “Levitating.” The artist soon addressed the controversy via Instagram.

“I’m surprised and horrified at DaBaby’s comments,” the singer wrote. “I don’t really recognize this as the person I worked with.” Following that announcement, several major radio stations began pulling airplay of the “Levitating” remix.

Then the concert cancellations started.

Just a few hours before DaBaby was slated to take the stage, organizers pulled him. They cited “diversity, inclusivity, respect, and love” as their reason in the cancellation announcement. Foo Fighters, Young Thung, Brockhampton, Modest Mouse, and G Herbo performed on the final day.

“The upcoming DaBaby show at Azura Amphitheater on August 14 has been canceled. Refunds are available at point of purchase,” organizers announced. The Kansas City venue issued no reason for the cancellation, but the online backlash has grown considerably.

On Monday, August 1 the organizers for Nevada’s Day N Vegas denounced DaBaby’s comments. Roddy Ricch will be taking his place at the festival.

The New York City Governors Ball is organizing a new lineup after removing DaBaby on August 2. “We welcome and celebrate the diverse communities that make NYC the greatest city in the world,” organizers wrote.

The organizers of the Austin City Limits festival took action on August 3. They announced DaBaby was being scrubbed from the lineup and that a new lineup would be coming soon.

On August 3, organizers for the radio station music festival cancelled the entire festival in Denver “in light of DaBaby’s recent comments.” All tickets for the canceled event will be refunded.

The UK’s Parklife music festival quietly erased DaBaby from its line of upcoming performers. Megan Thee Stallion, Disclosure, Skepta, Jamie XX, and others are still on to appear.

Atlanta’s Music Midtown announced on August 3 that DaBaby would not be welcome. Organizers promised to release an updated lineup for fans ‘soon.’

Organizers for the iHeart Radio fest announced DaBaby would no longer be performing on August 4. A new lineup for the festival will be revealed soon.

August 9 – DaBaby removed the apology he made to the LGBTQ+ community on Instagram after receiving a heated backlash for the non-response online. The apology was supposed to smooth things over after his hateful comments at Rolling Loud, but instead it was like throwing water on a grease fire.

Kanye West is also beefing with DaBaby over his comments, too. The rapper removed his remix of the song “Nah Nah Nah,” which features DaBaby. The song was released last year and disappeared from Spotify, Apple Music, and Tidal over the weekend. HotNewHipHop first noticed the missing DaBaby collaboration over the weekend.

August 11 – 50 Cent says DaBaby has nothing to worry about even if he is being canceled right now. When asked if DaBaby could ever make a recovery, the rapper answered “Yeah, he will. As long as he keeps his consistency with the music, remember then canceled Chris Brown five, six times?”

Nick Cannon appeared in a radio interview to lend support to DaBaby.

Cannon says he believes the comments DaBaby made were unwarranted, but that he shouldn’t be canceled. “I challenge all these people who actually want to cancel somebody, let’s use this as an opportunity for education. Because that’s what happened to me in my scenario.”

“If I’m saying these things about the LGBTQIA community, so me where I’m wrong,” Cannon continues. “Not only is that going to help me, but you’re going to help so many other people who think like me. There are so many DaBabys out there.”

Following the backlash to his remarks, DaBaby has made light of the situation on his Instagram account. He joked about having to switch genres with his daughter. “They done canceled yo daddy twin,” he jokes. “I’m switching to R&B. F**k a rap.”

DaBaby is still set to perform at Hot 97 Summer Jam at the MetLife Stadium.

August 24 – Boosie Bash, the annual event hosted in Baton Rouge, Louisiana, will host DaBaby this year. The rapper made the announcement on his Instagram account after Boosie Badazz posted a video defending DaBaby.

The rapper released his new track “Whole Lotta Money” on August 24, a month after his homophobic rant. The music video for the song opens with a shot of DaBaby crying, holding up tissues to his eyes. “Starring DaBaby Cancelled Ass” the title card reads.

August 27 – DaBaby appeared at a Kanye West Donda album launch event in Chicago. He appeared alongside West and Marilyn Manson and discussed the cancellation of his music. “I said one thing they ain’t like and they threw me out like garbage,” DaBaby’s verse on Jail goes.

August 31 – DaBaby has met with a group of nine HIV organizations in the United States to discuss the disease and personal stories of living with HIV. The organizations called for the meeting on August 4, after the hurtful comments were made.

“During our meeting, DaBaby was genuinely engaged, apologized for the inaccurate and hurtful comments he made about people living with HIV, and received our personal stories and the truth about HIV and its impact on black and LGBTQ communities with deep respect,” the organizations said in a joint letter.

“We appreciate that he openly and eagerly participated in this forum of Black people living with HIV, which provided him an opportunity to learn and to receive accurate information.”

October 6 – Dave Chappelle’s new show brings the DaBaby controversy to the forefront again. In The Closer, which debuted on October 5 on Netflix, Chapelle says the public was more offended by the rapper hurting gay people’s feelings than killing a man.

“Part of the LGBTQ+ community doesn’t know DaBaby’s history,” Chappelle tells the audience. “He once shot a man and killed him in Walmart. It’s true.” What Chappelle says is true. The rapper shot and killed 19-year-old Jaylin Craig in North Carolina. He has referenced the shooting multiple times in his music, calling it self-defense.

“DaBaby shot and killed a man in Walmart in North Carolina. Nothing bad happened to his career,” Chappelle continues. “Do you see where I’m going with this? In our country, you can shoot and kill a man, but you better not hurt a gay person’s feelings.”

DaBaby has said he does not regret his actions. “At the end of the day, my family was right there. My daughter. So, hell no. I don’t lose no sleep,” the rapper told Billboard in 2019.

More Rappers Come Out in Defense of DaBaby

October 11 – Boosie Badazz has once again come to the defense of DaBaby following the controversy surrounding his comments at Rolling Loud. Boosie was asked during a recent interview about being one of the first organizers to invite DaBaby back to the stage after the fallout.

“DaBaby was already booked from last year, so it was just him coming back to do it. I actually thought he was going to flake out on me because I was calling him for like a month and he wouldn’t answer,” Boosie tells VladTV in an interview.

“But I knew he was going through a lot of shit, but he finally answered and came through for me like a real one. He really did that despite all the shit he was going through. He came to Boosie Bash. That says a lot about him, not selling his soul.” When asked why he came out so early to defend his comments, Boosie says he felt like it was character assassination.

“I just felt like they was tryin’ to teach him a lesson for the next big rapper who wanna talk like this,” he says. “If you ever do this, this is gonna happen to you. I think it’s a setup. He did nothing.”

October 12 – Other rappers are coming to the defense of DaBaby in the wake of his comments. Fat Joe called DaBaby the Tupac of 2021 in an interview with Rap City ’21. DaBaby responded to the interview with, “agreed. but they gone salt that down to crack,” he wrote on Instagram.

The program asked Fat Joe to play a word association game, comparing past rappers to current rappers. When Tupac’s name came up, Fat Joe hesitated. “I should know the Tupac one,” he says. “I don’t know, it’s hard to be these guys. You be asking some crazy stuff. I would say DaBaby.”

DaBaby makes headlines again after a very public breakup with his MC girlfriend DaniLeigh played out over social media in November.

November 16 – Rapper DaBaby and his girlfriend singer DaniLeigh have a three-month old daughter together. But the couple broke up over the weekend in a real-time battle that played out over social media before becoming physical.

According to The Charlotte Observer, police responded to a call to DaBaby’s home on November 14 at around midnight. The rapper told officers that DaniLeigh had assaulted him. He was told to contact the magistrate’s office to pursue charges. On Monday morning (November 15) the rapper called police to his property again, reporting assault. Police served his girlfriend, real name Danielle Curiel, with a summons for simple assault in both incidents.

But the couple spent most of the weekend fighting by sharing Instagram Live videos with their fans. “The last hour has been documented for my safety and business done based on my reputation, with multiple threats of setting up an internet scheme and a person refusing to not let me go. Me and somebody else here knew to record her,” DaBaby tells the audience in one video.

Several HIV/AIDS awareness organizations say DaBaby has ghosted them after meeting with them to educate himself.

December 2 – Several organizations who met with DaBaby to educate the rapper on HIV misinformation say they haven’t heard from him since August. A communications consultant for the Black AIDS Institute confirms there has been no “partnership, outreach, or funding from DaBaby.”