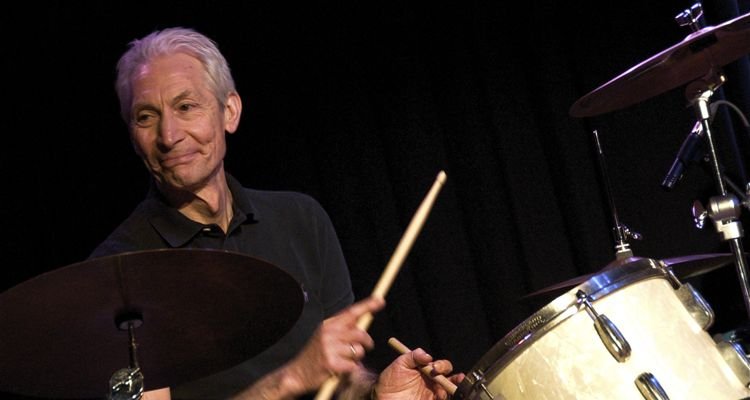 Rolling Stones drummer Charlie Watts has passed away at age 80.

Watts is the first long-time member of The Rolling Stones to die of age-related illness. The London-born drummer joined the Stones in 1963 after meeting Mick Jagger, Keith Richards, and Brian Jones while playing in rhythm and blues clubs. Jones died in 1969 due to accidental drowning, shortly after being kicked from the band.

Watts himself was diametrically the opposite of his more flamboyant rocker bandmates, Jagger and Richards. He married his wife Shirley Watts in 1964 before the band became superstars in their own right.

“It is with immense sadness that we announce the death of our beloved Charlie Watts,” his publicist, Bernard Doherty revealed. “He passed away peacefully in a London hospital earlier today surrounded by his family.”

“Charlie was a cherished husband, father, and grandfather and also as a member of The Rolling Stones, one of the greatest drummers of his generation. We kindly request that the privacy of his family, band members, and close friends is respected at this difficult time.”

Watts was due to tour the US with the Rolling Stones later this year. But he took time off to recover from a recent emergency surgery. The band is due to resume their US tour in September with session musician Steve Jordan as Watts’ temporary replacement on drums.

In 2004, Watts was treated for throat cancer at a hospital in London. He was given the all-clear after a four-month battle with the disease, including six weeks of radiotherapy treatment.

He was diagnosed with throat cancer after discovering a lump on the left side of his neck. His spokesperson at the time said that the treatment had not interfered with any touring or recording plans for the group. Following his recovery, the band begin work on their 22nd studio album, A Bigger Bang.

Watts gave up smoking in the late ’80s and told Rolling Stone he was glad the doctors had caught the lump early. Tributes from music legends honoring Watts poured in after the news broke. “God bless Charlie Watts, we’re going to miss you, man. Peace and love to the family,” wrote The Beatles drummer, Ringo Starr.

“A very sad day. Charlie Watts was the ultimate drummer. The most stylish of men and such brilliant company” wrote Sir Elton John in tribute.