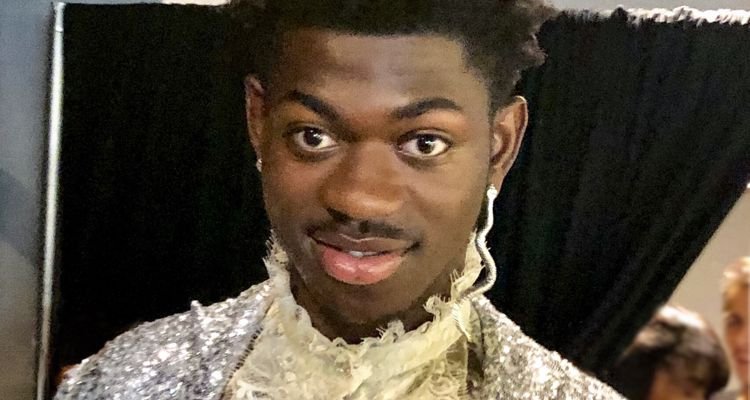 Lil Nas X is calling out the lack of outrage over Tony Hawk’s blood-painted skateboards.

The rapper drew criticism from many conservative circles earlier this year with his Satan Shoes. The rapper partnered with the MSCHF brand to create the shoes, which contained a single drop of human blood in each pair. Nike eventually sued the company, saying it infringed on trademarks and harmed its reputation.

Meanwhile, Tony Hawk released a limited-edition skateboard painted with his blood. No satanic imagery in place, just 100 skateboards featuring the legendary skateboarder’s blood. (Sterilized of course.) Hawk partnered with Liquid Death Mountain Water to give two vials of blood that was mixed with the paint for the skateboards, priced at $500 each.

“Now that Tony Hawk has released skateboards with his blood painted on them, and there was no public outrage, are y’all ready to admit y’all were never actually upset over the blood in the shoes? And maybe u were mad for some other reason?” the rapper tweeted on August 25.

Lil Nas X fails to realize the Satanic imagery is what had most conservatives upset. Many of them believed his Satan Shoes were an official partnership with Nike – which Nike stated in its lawsuit against MSCHF. Nike highlighted social media comments like “Won’t buy Nike again. You are banned!”

As many people on social media have pointed out, the Tony Hawk blood-painted skateboard left religion alone. It contains no references to God or Satan, just the blood of a legendary skateboarder. Lil Nas X isn’t the first musician to release merch featuring blood, either.

Back in 2012, The Flaming Lips’ Record Store Day release contained a drop of the collaborators’ blood in its packaging. That release features Bon Iver, Erykah Badu, Neon Indian, Nick Cave, Ke$ha, and many more. The release was rather limited and pricey at $2,500 per blood-pressed vinyl, but no one boycotted Record Store Day over the release, either.

The Lil Nas X and Tony Hawk cases are quite different, in this writer’s humble opinion. Lil Nas X prominently featured a brand in an unauthorized collaboration, while Tony Hawk’s was completely authorized by every company involved.