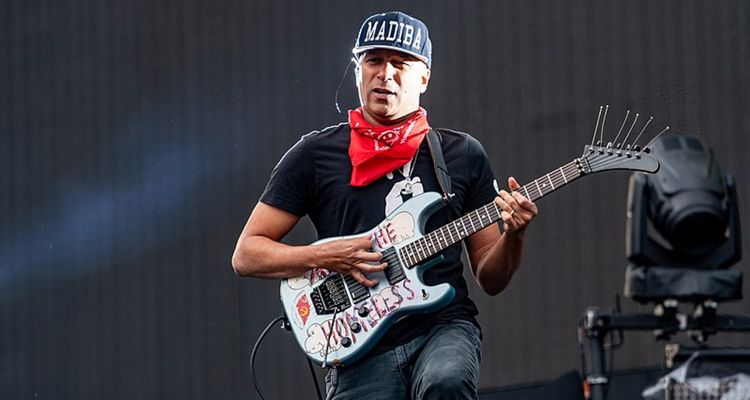 The Taliban has returned to power in Afghanistan after the US pullout from the country. Music is now banned, and already the executions for celebrating the joy of music have started. Afghan folk singer Fawad Andarabi was executed, dragged from his home, and shot by Taliban forces.

“He was innocent, a singer who was only entertaining people,” his son told the Associated Press. “They shot him in the head on the farm.” The Taliban’s music ban started in public places, but now it appears those who make music are being targeted.

Rage Against the Machine’s guitarist Tom Morello is speaking out on behalf of female guitarists trapped in Afghanistan.

He wrote an open letter over the weekend asking the music industry for help. “I’m writing on behalf of some very special girls in Afghanistan who are in grave danger,” Morello begins the letter.”[Girl With a Guitar] takes in street orphans and other girls that have endured significant trauma and uses music as a rehabilitation tool and means of working through their problems, their histories, and their hopes.”

“I’ve had the honor of collaborating with these wonderful kids. Since the Taliban takeover their school has been destroyed and the girls are in hiding. They are at extreme risk because they are widely known to have performed Western music and have been educated by a male American teacher. Anything you could do to help save their lives would be much appreciated.”

Guitar teacher Lanny Cordola formed the music school in 2015 in Kabul. The Girl With a Guitar organization has taught close to 200 students since opening. Cordola himself is now in Pakistan, working to get his students out of the country. Cordola told Billboard he was in daily contact with his students.

The school’s program coordinator says the rapid takeover of Kabul has forced him and the girls into hiding. “Now, with the Taliban’s rapid takeover of Kabul, we are literally in hiding, with our most senior students in particular danger. Our school is closed, as girls playing Western music with our American male teacher, we could not be at greater risk.”