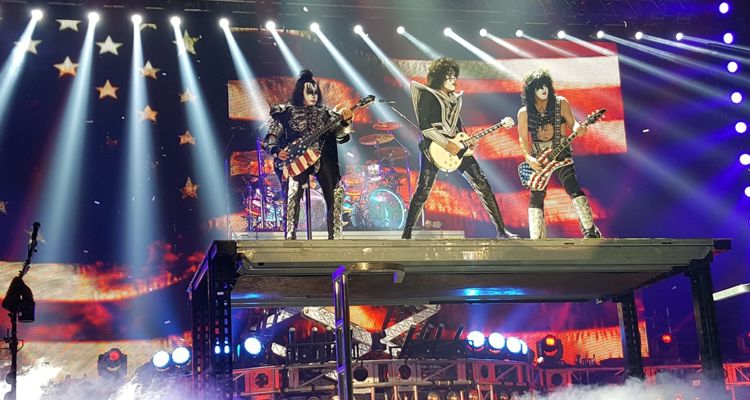 Gene Simmons became the second member of the band to test positive yesterday. Lead singer Paul Stanley is recovering from his bout of COVID-19, describing his recovery as difficult, but still mild compared to reported cases.

The band has announced that four upcoming tour dates are canceled as a result. Shows in Clarkson, Michigan, Dayton, Ohio, Tinley Park, Illinois, and Milwaukee, Wisconsin are impacted.

“While Paul Stanley recently tweeted that he has recovered from COVID, Gene Simmons has now tested positive and is experiencing mild symptoms,” the post on the KISS website reads. “The band and crew will remain at home and isolate for the next ten days and doctors have indicated the tour should be able to resume on September 9 at FivePoint Amphitheatre in Irvine, California.”

The announcement says all previously purchased tickets to postponed events will be honored for new dates once announced. More information will be emailed to ticketholders directly. It’s unclear if ticketholders will be offered a refund if they are unable to attend the new dates.

Some other musicians have confirmed positive cases of COVID this month. Hilary Duff took to Instagram to confirm she was vaxxed, but tested positive. Corey Taylor of Slipknot tested positive on August 20 despite being vaccinated. Drake also contracted the virus, revealing the news to fans on August 16.