Apple Declares Victory After Major Antitrust Ruling — So Where Does This Leave Spotify? 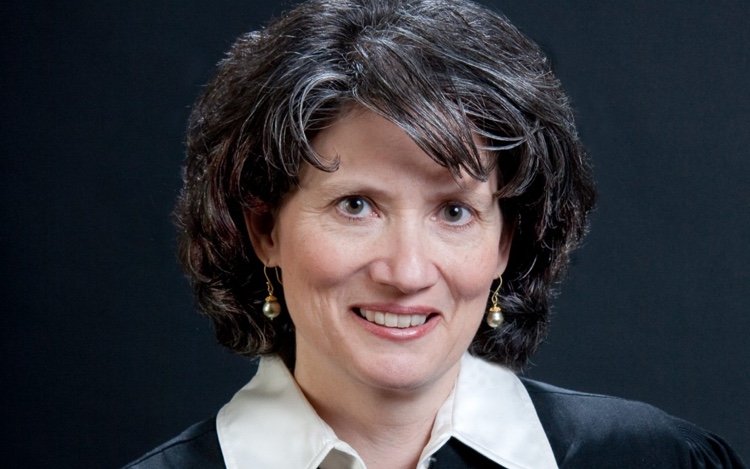 This isn’t exactly the result that Fortnite publisher Epic Games was hoping for — or, for that matter, Spotify. And for Apple, it looks like a small victory dance has already commenced.

On Friday (September 10th), U.S. District Court judge Gonzalez Rogers issued an antitrust ruling against Apple that was far from punitive, and largely complementary to concessions already made by the tech giant. The decision, shared with Digital Music News within the past hour, dictates that Apple must allow outside developers to transact with their customers directly for App Store premiums, instead of forcing them to transact within the App Store ecosystem.

But Apple won’t be required to allow app publishers to directly place apps onto iOS. Instead, Apple will legally have the right to maintain its walled garden access restrictions, according to the ruling, which means it can control the gateway for apps to enter iOS devices like iPhones and iPads.

“The Court does not find that Apple is an antitrust monopolist in the submarket for mobile gaming transactions,” Rogers opined. “However, it does find that Apple’s conduct in enforcing anti-steering restrictions is anticompetitive.”

That’s quite the convenient ruling, given that Apple has already offered that concession to certain developers. Earlier this month, Digital Music News first reported that Apple had enabled ‘reader’ apps to charge customers outside of the App Store.

“The update will allow developers of ‘reader’ apps to include an in-app link to their website for users to set up or manage an account,” Apple described in an email to Digital Music News. Spotify qualifies as a ‘reader app,’ which offers “previously purchased content or content subscriptions for digital magazines, newspapers, books, audio, music, and video,” according to Apple’s description. Others fitting into the ‘reader’ class include Netflix and Hulu.

Apple quickly shared a celebratory assessment of the latest ruling.

“Today, the Court has affirmed what we’ve known all along: the App Store is not in violation of antitrust law,” Apple offered in a statement to DMN. “We remain committed to ensuring the App Store is a safe and trusted marketplace that supports a thriving developer community and more than 2.1 million U.S. jobs, and where the rules apply equally to everyone.”

In the ruling, Judge Rogers largely sided with Apple on the biggest issues, including protection of a the massive device and platform ecosystem Apple created.

The ruling means that iOS won’t be an open platform, and certainly won’t be treated as a public good. This is an ecosystem that will largely remain under the control of Apple — just as Steve Jobs intended.

“This measured remedy will increase competition, increase transparency, increase consumer choice and information while preserving Apple’s iOS ecosystem, which has pro-competitive justifications,” Rogers continued. “Moreover, it does not require the Court to micromanage business operations which courts are not well-suited to do as the Supreme Court has appropriately recognized.”

Spotify hasn’t responded to the latest ruling. But if recent history is any guide, Spotify’s Ek and other execs will continue to protest against Apple’s walled garden protections and related ‘App tax.’

In response to the reader app concession, Spotify CEO Daniel Ek seemed roundly unsatisfied. “This is a step in the right direction, but it doesn’t solve the problem,” Ek blasted. “App developers want clear, fair rules that apply to all apps. Our goal is to restore competition once and for all, not one arbitrary, self-serving step at a time. We will continue to push for a real solution.”

Perhaps the biggest loss for Spotify is that Apple can still prevent Spotify from building an e-commerce system within its App Store app. Spotify can now direct users outside of the App Store ecosystem to initiate subscriptions and other transactions, though the experience will be hobbled at best. Other users simply won’t understand the out-of-iOS payment option, and subscribe to Spotify at an elevated rate to accommodate Apple’s ‘tax.’

Unfortunately for Spotify, many of those users will simply gravitate towards Apple Music, which — surprise — isn’t as heavily ‘taxed’ and comes with cushy bundling discounts. But Spotify is almost certain to continue its battle against Apple, despite this considerable setback.

But just how much is Spotify owed by Apple, considering that Apple spent billions developing its iOS ecosystem over more than a decade? Of course, Spotify contributed nothing to develop that ecosystem, nor did they assume any of the risk associated with implementing it.

As for Epic Games, there’s also a smell of entitlement and childishness that’s hard to miss.

Throughout the case, Epic Games CEO Tim Sweeney operated with assumption that Fortnite is rightfully owed approval-free, open-gate access to any iOS deck, as well as the luxury to conduct business directly with Apple’s device owners. With an air of indignation, Sweeney yanked the Fortnite app from the App Store until those rights were granted.

“Today’s ruling isn’t a win for developers or for consumers,” Sweeney fumed this morning. “Fortnite will return to the iOS App Store when and where Epic can offer in-app payment in fair competition with Apple in-app payment, passing along the savings to customers.”