The Rolling Stones Keep Rolling — Despite Charlie Watts’ Passing, The ‘No Filter’ Tour Starts In a Few Days 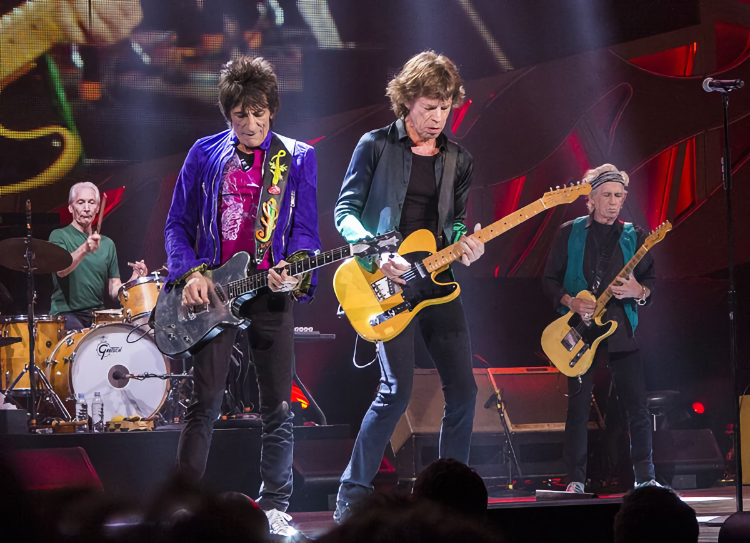 If you’re wondering how old the members of The Rolling Stones are, the average age is now a healthy 76 years of age. But despite the recent passing of drummer Charlie Watts, who passed away shortly after turning 80, the remaining members are showing little sign of slowing down.

So, just how old are The Rolling Stones these days? Fabulous frontman Mick Jagger, born in 1943, is now 78. The immortal guitarist Keith Richards isn’t far behind at 77. And Ronnie Wood is the youngest at 74. For those doing the math, that’s an average age of 76, though these septuagenarians are just days away from kicking off their latest tour leg.

Sadly, Charlie Watts passed just one month ago, immediately raising questions about the group’s future. But despite the tragic development, it looks like the show must go on. After briefly converting their website to a Charlie Watts tribute, the Stones quickly made it clear that their upcoming tour dates weren’t getting canceled. In Watts’ place comes Steve Jordan, at least for the immediate, 13-date ‘No Filter’ tour starting this month (incidentally, Jordan is a relatively young 64 years of age).

The revamped lineup kicks things off in St. Louis, MO, on September 26th at The Dome at America’s Center.

So far, these dates are slow-sellers. A quick glance at the Ticketmaster site reveals plenty of available seats across multiple dates, though prices are often expensive. In Los Angeles on October 17th, for example, the cheapest seats — in the nosebleeds at SoFi Stadium — are $132.

The sluggish sales suggest a dangerous combination of lower demand and higher prices, which could be disastrous given a slow return from the pandemic. Earlier, the Rolling Stones canceled their No Filter tour dates in 2020 due to COVID-19 lockdowns.

Another reason could be the buzzkill surrounding Charlie Watts passing — as well as the group’s quick decision to soldier forward. Watts has been a cherished member of the group since its inception, and his quick replacement might be going over poorly with some fans.

Here are the upcoming ‘No Filter’ tour dates.