Federal Judge Dismisses T-Shirt Copyright Infringement Lawsuit Against Nirvana — But the Case Could Continue In the U.K. 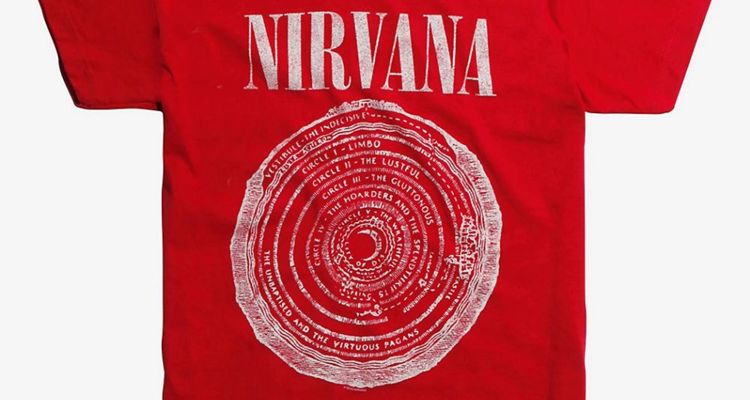 A California federal court has dismissed a copyright infringement case involving an illustration that allegedly appeared on Nirvana t-shirts, mugs, buttons, and other merchandise – but the defendants must agree to face the suit in the U.K. before this stateside dismissal is made official.

C.W. Scott-Giles drew the picture back in 1949, “to accompany an English translation of the first volume of the Trilogy (Hell) by his friend Dorothy L. Sayers.” Additionally, the plaintiff – who discovered the allegedly infringing merchandise in January of 2021, per the complaint – alleged that “the band Nirvana and parties acting on its behalf have routinely made false claims of ownership of the copyright” associated with the more than 70-year-old illustration.

In explaining his decision to dismiss the firmly worded infringement suit, Judge Fischer explains off the bat that Nirvana and Live Nation Merchandise “have indicated that they are willing to submit to personal jurisdiction in the U.K. for all claims raised in Bundy’s complaint as a condition of dismissal for forum non conveniens.”

Citing case law and expanding upon the point, the ruling relays: “Though the scope of potential relief available in a U.K. court may not be what Bundy envisioned when she filed her claim in the United States district court, clearly there is ‘some remedy’ for the alleged wrong.”

Furthermore, while the presiding judge agrees with Bundy in his decision that “California citizens have an interest in the sale and consumption of copyright-infringing products in their forum,” the text proceeds to suggest that “the U.K. also has a strong interest because this suit involves a U.K. citizen and Bundy asserts copyright infringement claims under U.K. law, as well as U.S. and German law.”

Bearing in mind these factors and others yet – the location of potential witnesses (“material and important witnesses are likely to reside in the U.K. or outside the U.S.”) and the accessibility of physical evidence among them – the court has granted the defendants’ motion to dismiss. However, this dismissal is “contingent” upon Nirvana and Live Nation Merchandise’s submitting “themselves to the jurisdiction of a U.K. court if this action is filed by Bundy in the U.K.”

These defendants have until November 1st to “file a brief, non-argumentative notice indicating whether they accept conditions,” which will then set the stage for a “final order” of dismissal. Separately, Nirvana is facing a lawsuit from the (now-adult) individual who appeared on the cover of 1991’s Nevermind.