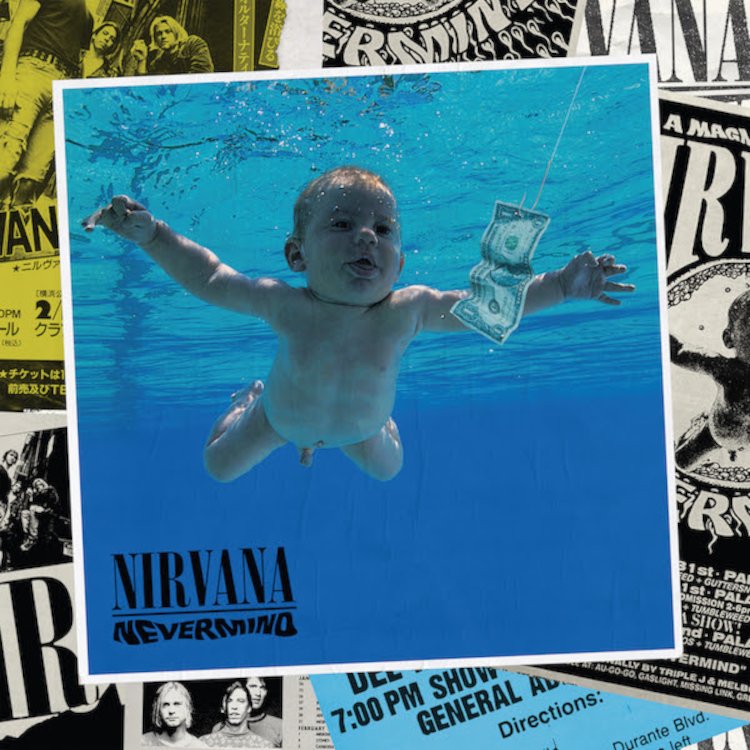 The 30th anniversary of Nirvana’s Nevermind will arrive tomorrow, and Universal Music Group announced today that it intends to commemorate the occasion with a series of special releases later this year.

Publicly traded Universal Music Group detailed its plans for the 30th anniversary editions of Nevermind via a formal announcement message that was emailed to DMN. Evidently, the much-publicized lawsuit over the cover art on the famed album wasn’t enough to delay the debut of these anniversary editions – or all manner of Nevermind t-shirts, sweatshirts, and jackets, the Nirvana webstore shows.

Though the special editions of Nevermind are already available to pre-order, Universal Music Enterprises (UMG’s catalog division) and Geffen won’t begin shipping the collections until Friday, November 12th. Said anniversary editions will feature “a total of 94 audio and video tracks” – 70 of which are “previously unreleased” – with all formats boasting remastered versions of the 13-track album, in “high-resolution 192kHz 24-bit.”

However, each anniversary edition of Nevermind is set to come with specific tracks, accessories, and bonus content. The downloadable deluxe version of Nevermind, for its part, costs $16.99 and includes 29 tracks, “selections” from four Nevermind tour stops among them. The $39.99 “super deluxe” digital version, on the other hand, encompasses 75 tracks – including the aforementioned four Nevermind concerts, in Amsterdam, Del Mar, Melbourne, and Tokyo. Both digital options will become available for download on November 12th.

Regarding the physical releases that will drop to celebrate the 30th anniversary of Nevermind, a two-CD set, priced at $19.98, is expected to come equipped with the remastered album and the same concert “selections” as the cheaper of the two digital choices. A $39.98 item features a 1LP version of the three-decade-old album as well as a seven-inch vinyl of “Endless, Nameless,” “Even In His Youth,” and “Aneurysm.” Both options are scheduled to release sometime in November.

Lastly, in terms of Nevermind anniversary collections marketed towards superfans, Nirvana diehards can purchase a 5-CD “super deluxe” version, including the remastered album and the above-described Nevermind concerts on one CD apiece, a Blu-Ray of the Amsterdam show, and “a 40-page hardcover book with unreleased photos.” A $259.98 variation comes with the seven-inch vinyl record, the hardcover book, and “8 180-gram LPs” of the remastered album and the live shows. While the 5-CD selection is likewise slated to ship in November, the most expensive choice won’t be mailed out until Friday, May 27th, 2022.

As mentioned, Nirvana – which saw “Smells Like Teen Spirit” crack one billion Spotify streams in late June – is facing a firmly worded lawsuit from the (now-adult) baby photographed for the cover of Nevermind. Separately, UK-based Hipgnosis earlier this year signaled that it planned to promote anniversary editions of works like Nevermind, and on cue, the song-investment fund today plugged the album (and others yet) on social media.