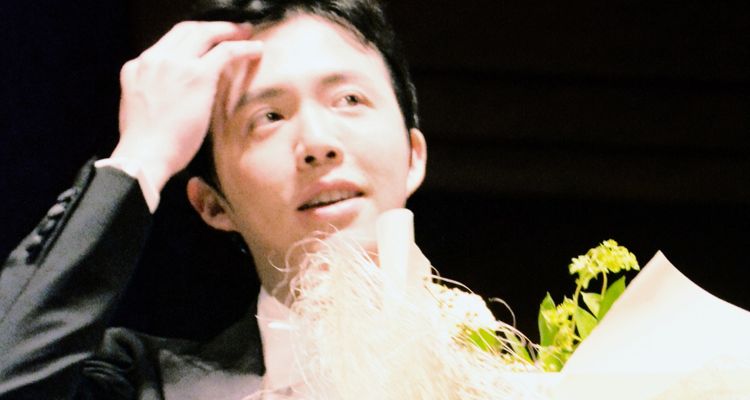 Pianist Li Yundi has been arrested in China on suspicion of soliciting a prostitute.

The crackdown on Chinese celebrities continues, with state media issuing a warning to other celebrities. The government says they must avoid “breaching the bottom line or challenging the law.” China has cracked down on what it considers ‘abhorrent’ behavior among the entertainment industry and ‘celebrity culture.’

Beijing police issued a warning on Thursday that it had detained a 29-year-old woman and a 39-year-old man on suspicion of prostitution charges. The post did not name either person in full, but the man was identified as ‘Li Di.’ The police also posted a cryptic post showing a piano with the words, “this world is not just black and white, but we must differentiate between black and white. This absolutely cannot be mistaken.”

Li Yundi became a household name in China after winning the International Chopin Piano Competition at age 18 in 2000. He became both the youngest person and the first Chinese person to win the competition. Dubbed the ‘price of piano,’ Yundi has performed around the world and at several venues, including Carnegie Hall.

The fallout from the arrest began on Friday, when the Chinese Musicians’ Association revoked his membership. In a separate statement, the CMA urged its members to ‘continuously improve their personal ideology and morality.’ Li Yundi is just one of many Chinese stars faced with legal trouble amid China’s crackdown.

Chinese-Canadian pop star Kris Wu was arrested in August on suspicion of rape. Fans of the pop star banded together to support him – which led to China cracking down on fan culture. “There has been growing concern that fan clubs can mobilize, either in person or online, to stage protests for their favorite stars,” says BBC China Media Analyst Kerry Allen. That’s exactly what Wu’s fans did, but it’s not the only example.

After BTS fans got an airplane plastered with a photo of Jimin, Chinese social media site Weibo cracked down on the group responsible. They banned the fan page from writing new posts about the group for 60 days, saying using the platform to raise money for the venture was ‘not legitimate.’

The Cyberspace Administration of China has released guidelines for what it calls taking care of ‘disorderly fandom management’ to prevent irrational fan worship.

Those guidelines include restricting minors from spending money on fan club activities and giving entertainment agencies the responsibility of managing fan clubs – rather than super-dedicated fans.

“Do not induce fans to consume. One should not organize contests to encourage or stimulate consumption,” the guidelines published on August 27 read. Following that announcement, services like QQ Music and Tencent Music restricted customers from purchasing more than one copy of an album online.