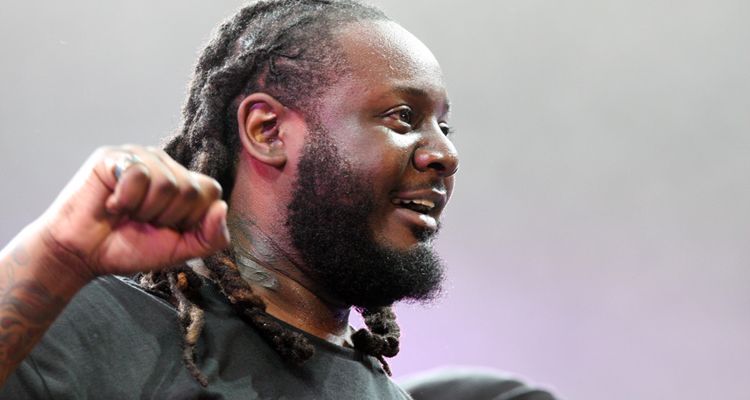 Twitch has struck a content partnership with T-Pain, including a live listening party for his new single.

T-Pain’s live-streamed listening party starts at 8 pm ET on October 28. His Twitch channel will include the premiere of his single, “I’m Cool With That,” a track he produced in collaboration with the Twitch community. Twitch says the single will become part of the ‘Powered by T-Pain’ list for its Soundtrack Twitch playlist.

“This partnership means that I have been seen,” T-Pain says in a statement. “With so little representation on the service previously, the fact that Twitch came to me means they actually see our community and understand the value of our contribution to the streaming world.”

T-Pain has been hosting beat battles and collaborative sessions on Twitch for years. The artist says “I’m Cool With That” is the result of some of those efforts. He describes the track as the first song “created and released with my community, and I hope this is just the start of a journey Twitch and I are about to go on to uplift, and strengthen the music community on Twitch,” the rapper continues.

T-Pain is an active Twitch streamer, having joined the platform more than six years ago. He has 765,000 followers on Twitch, giving him quite an audience when he decides to go live. He’s one of just many music icons who have Twitch accounts. Twitch is on a mission to make it a home for more than just gaming.

Last month, the National Music Publishers’ Association struck an agreement with Twitch to work together to build productive partnerships between the service and music publishers.

“Twitch has always been a creator-centric service, and we are consistently pioneering new ways in which musicians can live off their art,” says Tracy Chan, Twitch Vice President and Head of Music.

“T-Pain is a shining example of a Twitch creator who is leveraging his community to curate his sound and give back – and he is inspiring other creators of all levels to do the same.”