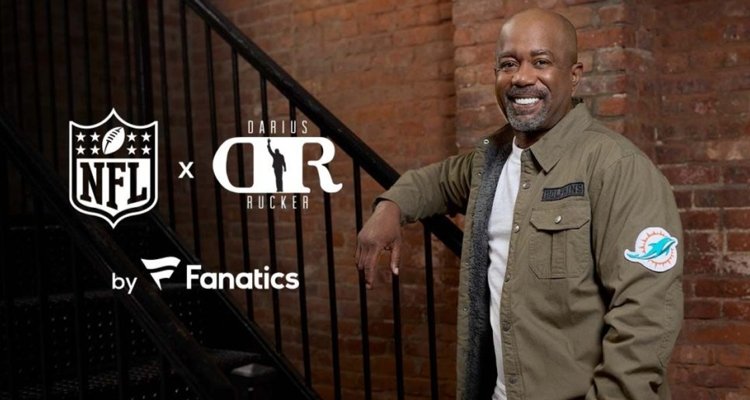 Country music star Darius Rucker is teaming up with the NFL and Fanatics for a new apparel line.

“I’ve been a huge NFL fan my entire life, so it’s a dream come true to see my logo right next to the NFL logo on these items,” Rucker says about the collection. The Darius Rucker NFL collection features all 32 NFL teams with t-shirts, fleece, outerwear, sweats, and more.

“Sports and entertainment have incredible crossover appeal, and this is a great example of incorporating the worlds of pop culture and music into our business,” says Vicky Picca, Fanatics SVP of Business Affairs.

“It has been a blast working with two great partners, Fanatics and the NFL, to make this project a reality. I’m so proud of the products we’ve created, and I can’t wait to see fans enjoying this collection throughout the rest of the season and for many years to come.”

“These are places a lot of the guys have not played before, and they are these famous buildings, and so many great musicians have come through and done great things,” Rucker says about choosing the locations for his tour. “Like in sports, it is totally like that for us.”