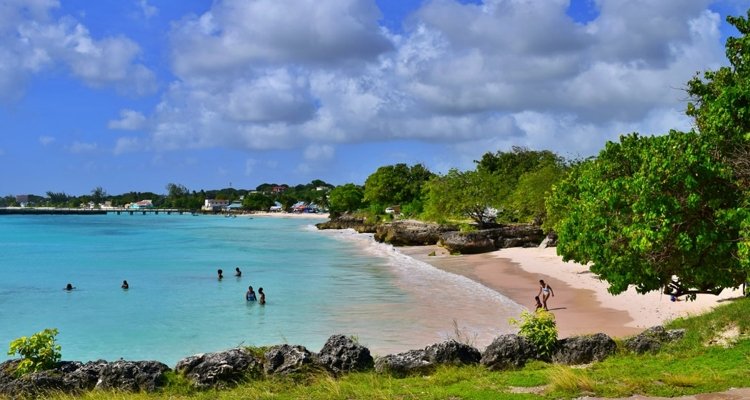 Rihanna has been named a national hero of the newly declared republic of Barbados.

Barbadian Prime Minister Mia Mottley awarded the singer with the honor during a ceremony this week. The country was officially declared a republic for the first time, bucking Queen Elizabeth II as its head of state. “On behalf of a grateful nation, but an even prouder people, we, therefore, present to you the designee for National Hero of Barbados, Ambassador Robyn Rihanna Fenty,” Mottley announced at the event in Bridgetown.

“May you continue you shine like a diamond, and bring honor to your nation, by your words, by your actions, and to do credit wherever you shall go,” Mottley continued, referencing Rihanna’s 2012 hit “Diamonds.”

Where is Rihanna from? Robyn Rihanna Fenty was born in the St. Michael parish in Barbados.

Barbados has recognized the entrepreneur’s generous philanthropy and influence of their native daughter many times. In 2018, Rihanna was appointed as Ambassador Extraordinary and Plenipotentiary for Barbados. Barbados celebrated its status as a new republic concurrent with its 55th Independence Day on November 30.

“I’m so proud to be a Bajan,” Rihanna said in a video clip posted to Twitter. “I’m going to be a Bajan ’til the day I die. This is still the only place I’ve ever called home. I love Barbados. I love you guys. Thank you so much for honoring me in this way. I have traveled the world and received several awards and recognitions – but nothing, nothing compares to being recognized in the soil that you grew up in.”

Rihanna founded the Clara Lionel Foundation in 2012 to support education, healthcare, and emergency response programs across the globe. Harvard University honored the singer as their humanitarian of the year in 2017. That honor came after Rihanna helped fund a state-of-the-art center for oncology and nuclear medicine to diagnose breast cancer at a hospital in Bridgetown.