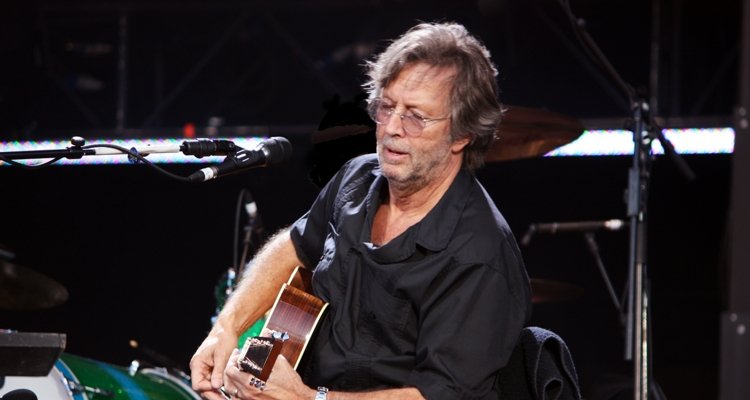 Clapton appeared on The Real Music Observer channel on YouTube. The channel focuses heavily on anti-lockdown and anti-vaccine viewpoints and how those measures have impacted the music industry. Hosts frequently call those with pro-vaccine views the “hivemind.” The channel itself does not mention vaccines at all, referring to it as ‘The Thing’ – ostensibly to avoid YouTube’s COVID-19 misinformation labels.

Clapton was asked how he got ‘here’ during his appearance on the channel, with ‘here’ being the widespread criticism for his anti-vaccine views. Clapton says when he told his family and friends about his plans to write and record an anti-vaccine and anti-lockdown album, they were worried.

“There seemed to be some sort of – I didn’t get the memo, whatever the memo was, it hadn’t reached me. Then I realized there really was a memo – a guy, Mattias Desmet, has talked about it. It’s great, you know, the theory of mass hypnosis formation,” the singer says in the interview.

“And I could see it once I kind of started to look for it. I saw it everywhere. And then I remembered seeing little things on YouTube, which were like subliminal advertising. It’s been going on for a long time – that thing of ‘you will own nothing, and you will be happy.'”

YouTube wasn’t the only thing to invoke Eric Clapton’s ire during the interview. He also spoke about the news coverage of the pandemic in the UK as becoming about “following orders and obedience.”

The theory of mass hypnosis is one Spotify’s very own Joe Rogan likes to discuss on his podcast with Dr. Malone, a highly controversial figure in the medical community. Over 270 medical professionals wrote an open letter to Spotify asking them to implement a misinformation policy on Joe Rogan episodes to prevent its spread.