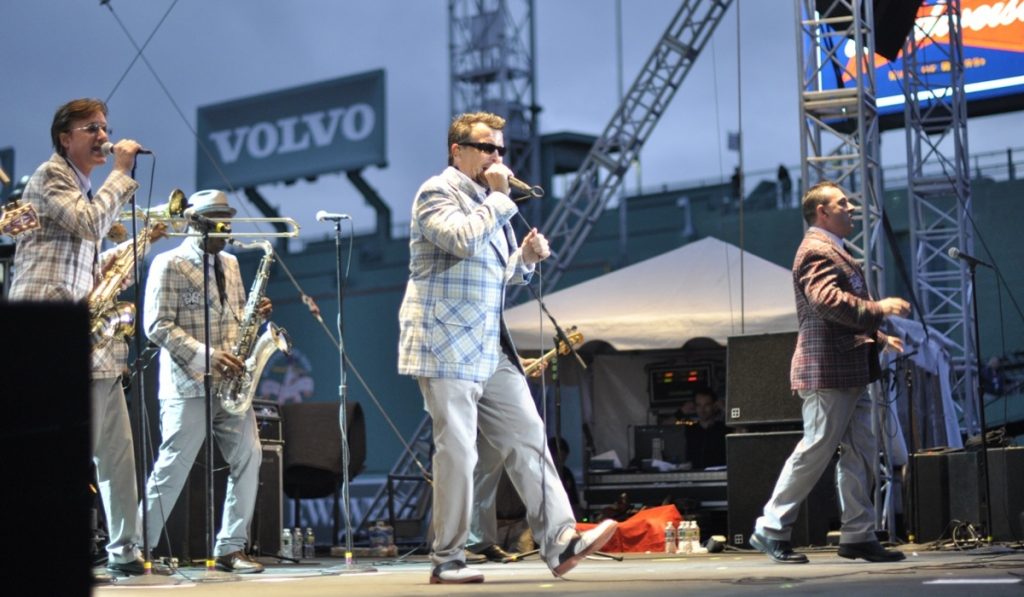 After more than 40 years of playing together, The Mighty Mighty Bosstones are breaking up.

“After decades of brotherhood, touring the world and making great records together, we have decided not to continue on as a band,” the statement on the band’s website reads. “Above all, we want to express our sincere gratitude to every single one of you who have supported us. We could not have done any of it without you.”

The Mighty Mighty Bosstones were founded in Boston by lead singer Dicky Barrett in the 1980s. Saxophonist Tim ‘Johnny Vegas’ Burton, guitarist Nate Albert, drummer Josh Dalsimer, trumpeter Tim Bridwell, and Ben Carr all round out the group. The band released its debut Devil’s Night Out in 1989 via Taang! Records. Shortly after, the group signed a major label deal with Mercury Records in the early ’90s.

Don’t Know How to Party dropped in May 1993, but the group’s most successful album, Let’s Face It, didn’t arrive until 1997. It peaked at #27 on the Billboard 200 chart and earned a platinum certification from the RIAA. Despite the success, guitarist Nate Albert decided to leave the group in 2000. Two years later, the group released their final album before going on a hiatus from 2004 to 2007.

The Mighty Mighty Bosstones released their final studio album in May 2021 via Hellcat Records. The final lineup for the band included four of the original founding members, including Dicky Barrett, Tim Burton, Ben Carr, and Joe Gittleman. The group built a successful following through its 11 ska-punk albums with millions of listeners worldwide.

So why did The Mighty Mighty Bosstones break up?

The initial statement doesn’t address why the group is breaking up, just that it is. But the Rolling Stone points out that the group’s break-up may have had to do with anti-vax beliefs. Frontman Dicky Barrett produced a song used in a promotional video for Robert F. Kennedy’s anti-vax rally in Washington D.C., where Meat Loaf’s music was blasted. It remains unclear why the band broke up, but fans on social media are upset.