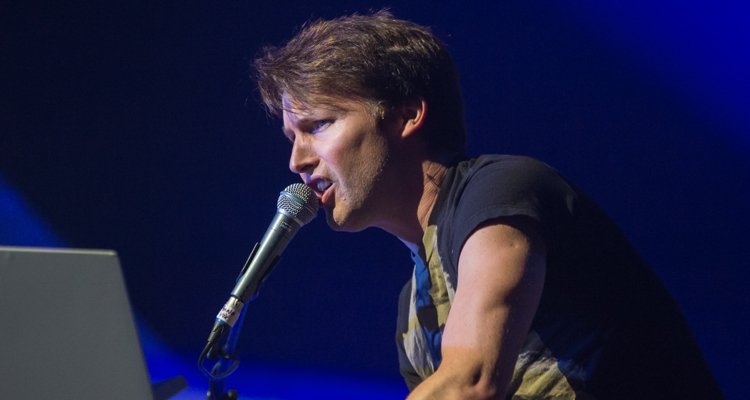 Artists react to Neil Young pulling his music from Spotify, from joining him to mocking him.

Last week, Neil Young pulled his music from Spotify, citing the platform as a place that spreads misinformation. Young specifically mentioned COVID-19 discussion happening on The Joe Rogan Experience, which is estimated to reach eleven million listeners per episode. In his statement, Young declared that Spotify can have “Young or Rogan, but not both.”

On Friday morning after the news, fellow Canadian songwriter Joni Mitchell joined Neil Young in removing her music from Spotify. Mitchell issued a statement on her website saying she stands in solidarity with Young. Incidentally, David Crosby has also supported Young, stating that he is “proud” of his Crosby, Stills, Nash & Young compadre. But Crosby’s music remains on Spotify, potentially because the legendary singer-songwriter sold all of his catalog rights last year.

Blunt often makes jokes at his own expense on Twitter. During the pandemic lockdown, he tweeted: “During lockdown, while many other artists are doing mini-concerts from their homes, I thought I’d do you all a favour and not.”

With the removal of Neil Young and Joni Mitchell from Spotify, rumors began swirling on social media. Some tweet threads said Barry Manilow and Bruce Springsteen would be joining Young in removing their catalogs.

Manilow addressed these rumors directly on Twitter. “I recently heard a rumor about me and Spotify. I don’t know where it started, but it didn’t start with me or anyone who represents me,” the tweet reads. While the Boss hasn’t addressed the removal of his music, at least one member of the E Street Band has.

Nils Lofgren announced on Saturday that he is removing his music from Spotify, standing with Neil Young. “A few days ago, my wife Amy and I became aware of Neil and Daryl (Hannah) standing with hundreds of healthcare professionals, scientists, doctors, and nurses in calling out Spotify for promoting lies and misinformation that are hurting and killing people,” the message on Neil Young’s website reads.

“When these heroic men and women, who’ve spent their lives healing and saving ours, cry out for help, you don’t turn your back on them for money and power. You listen and stand with them.” Lofgren joined the E Street band for the ‘Born In the U.S.A.’ tour in 1984.