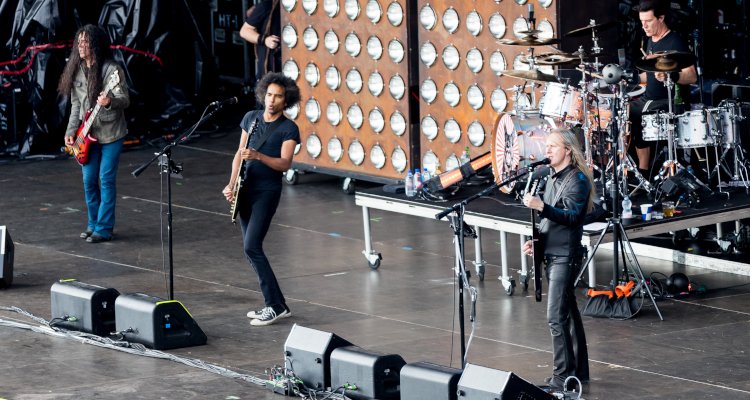 Round Hill unveiled this latest high-profile music-IP buyout via a concise release that was emailed to DMN. The deal involves “a significant majority of the publishing, masters and neighbouring rights” of Alice in Chains, with the catalog encompassing 159 recordings and 94 compositions.

Also according to Round Hill – which last month secured a “significant share” of Heart guitarist Nancy Wilson’s recorded catalog – 53 percent of the Alice in Chains catalog’s revenue comes from the recorded side, against 38 percent for “publishing sources including writer’s share of performance income” and the remaining nine percent for neighboring rights. Stateside music fans generate a noteworthy 75 percent of this income, RHM relayed.

Higher-ups didn’t specify the (reportedly $50 million) transaction’s valuation details in the release, but indicated that Round Hill will later “make further financial disclosure on the acquisitions” it’s completed in recent months – doing so once the capital from its $86.5 million July raise and “existing revolving credit facility” has been invested.

Addressing the deal in a statement, Round Hill chairman and CEO Josh Gruss touted the cultural and musical significance of the Grammy-winning act, which has released three EPs and six studio albums to date. Alice in Chains currently boasts about 5.41 million monthly listeners on Spotify, with a combined total of over 800 million plays for “Man in the Box,” “Would?,” “Nutshell,” “Rooster,” “Them Bones,” and “Down in a Hole.”

“Over more than three decades Alice In Chains has cemented its place in the annals of rock history,” Gruss said of the four-piece group. “As one of the greatest bands of their generation they helped trailblaze a global musical movement and their songwriting, recording and performances have remained consistently exceptional ever since.

“Seeing them perform at Lollapalooza in 1993 changed my life and now it’s happening again. I couldn’t be more excited,” he concluded.

It’s hardly a secret that billions have poured into the catalog space since the beginning of 2020, and notwithstanding the evidently substantial prices that song rights are fetching, the expensive trend doesn’t seem to be slowing down. It came to light yesterday that KKR had created a more than $1.1 billion music bond backed by interests in songs from Maroon 5, Stevie Nicks, The Weeknd, and others.