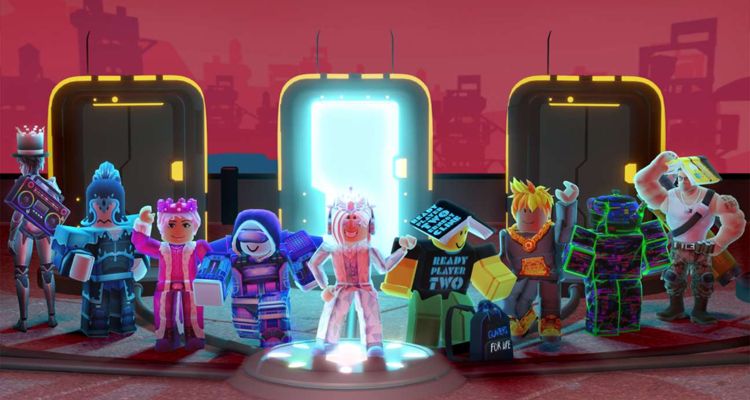 Is Roblox safe for kids? The platform faces accusations of child labor exploitation and other issues.

Roblox launched in 2006 as an educational piece of software designed to teach kids how to make games. The block aesthetic and ugly text made the game somewhat off-putting, but children flocked to it. An endless bevy of free experiences could be found within. Kids jumped from game world to game world the same way you flick between songs on a music streaming service.

There was very little focus on telling kids they could make money with these experiences back then. But that changed when Roblox adopted the slogan – “Make Anything. Reach Millions. Earn Serious Cash.” The company began encouraging its millions of players to create and sell costumes and accessories for their Roblox avatars – much like Second Life in the early 2000s. Players in Roblox can buy these digital items for Robux, the platform’s digital currency. One Robux represents one real-world penny, so 100 Robux = $1 USD.

Much like Apple, Roblox takes a 30% cut from the sale of each virtual item. The Robux virtual economy is booming as more than half of US children now have a Roblox account. By November 2021, Roblox says an average of 49.4 million users logged on to Roblox each day that month. The company’s stock market valuation in March 2021 landed at around $41 billion.

But Roblox is facing accusations of child labor exploitation to help it reach those heights.

An investigation from People Make Games reveals that the game platform is exploiting young users. That report says Roblox has an estimated 200 million users a month with a core audience aged 9 – 15. Roblox pays its child developers much less than other traditional gaming platforms.

Roblox game developers earn 24.5% of their revenue. PC gaming platforms Steam pays developers 70%, while Epic Games Store gives developers 88% of their earnings. That paltry 24.5% to developers is the least exploitative thing that has surfaced, though.

The Guardian spoke with several people who developed Roblox games when they were minors. One person says she was 10 when she built her first game on Roblox. Soon, she was making more money than her parents at only 16. But she found herself in a precarious position. Despite being part of a Roblox game development team that made over $2 million, she had no contract because she was a minor.

“With no contracts in place, the scale of earnings soon caused the fragile financial arrangement to collapse. The game-makers scheduled a call with their young team and announced they were now making the children independent contracts with fixed salaries.” After doing the math, it resulted in a 40% pay cut to young developers who created a successful game on the Roblox platform.

And just how many of those created games go on to be successful? Roblox Chief Business Officer Craig Donato says the company has paid out more than $500 million to creators. But only 1,000 Roblox games generated more than $30,000 in revenue for 2021. Financial exploitation isn’t the only thing facing Roblox developers, though.

Another Roblox developer told The Guardian she joined the platform when she was six. She grew up using the platform and started helping with the development of Sonic Eclipse Online – an unauthorized fan creation featuring Sega’s Sonic the Hedgehog. When the game’s creator approached her about joining his team, the 12-year-old jumped at the chance.

Roblox has a suite of communication tools that enable teams to organize their work. But those messages are moderated and checks for abusive language. So many Roblox developers opt to communicate outside of the platform, using the chat service Discord. Private team servers can be set up and communications can flow much more freely. In these Roblox-associated Discord servers, the exploitation of children may turn sexual.

Another Roblox developer says “sexualizing other women in the [Discord] server, underage or not, was already a huge thing. But it was most common with me.” Many of the members made jokes about her being the creator’s ‘underage sex doll.’

All of these abuse allegations were rampant and well-known among the Roblox game development community. Roblox told the young developer if she wanted to petition to have the game removed, she would need a guardian to lodge that complaint. Thirteen days after that complaint was formally lodged, the account of the sexual harrasser was removed from Roblox.

It was only removed in December 2021 at the request of Sega – the rightful copyright owner. Sonic Eclipse Online launched on Roblox in late 2018 and cost 400 Robux, or $4 USD to access. It highlights another fundamental problem that Roblox has in children using copyrighted assets to create their games. Sonic Eclipse Online isn’t the only example of young game developers using game assets for which they don’t own the rights.

Searching ‘Roblox x game’ and substituting Pokemon, or Halo, or any other popular gaming franchise for the X. You’re nearly guaranteed to find a Roblox game that a child has made featuring characters or assets from said game. Sonic Eclipse Online remained active for at least several months before the rightful IP owner asked Roblox to shut the game world down.