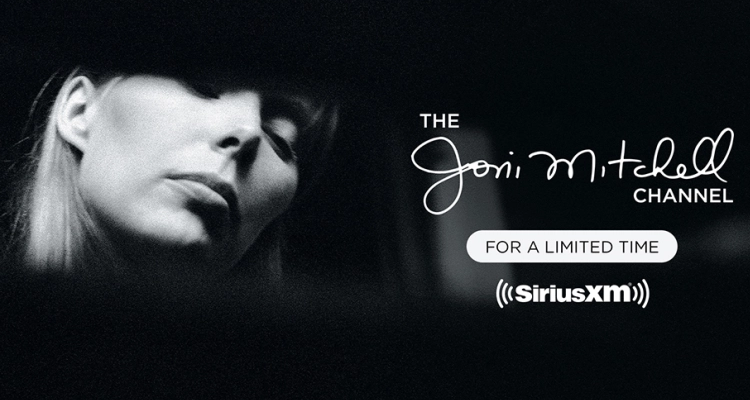 Joni Mitchell fans who used to enjoy her songs on the Spotify music streaming app now have a great reason to check out SiriusXM.

In late January, Mitchell made headlines when she decided to pull her song catalog from Spotify. Mitchell removed most of her classic releases in solidarity with Neil Young and his high-profile protest of The Joe Rogan Experience. Both Young and Mitchell left and Rogan remained, though SiriusXM has now created dedicated channels for both artists.

According to a schedule shared with Digital Music News, the Mitchell station will start in less than two weeks. From March 30th through April 5th, SiriusXM channel 105 on the satellite dial will become the Joni Mitchell station. SiriusXM subscribers can immediately access the new Joni Mitchell Channel through the SXM mobile app until April 14th.

This special SiriusXM programming move coincides with Mitchell’s recognition by the MusiCares Foundation as the 2022 Person of the Year. MusiCares is the charitable program managed by The Recording Academy to help musical artists whose lives have been impacted by addiction and health issues.

Mitchell famously started busking in the streets of Toronto at the height of the Flower Power revolution in the 1960s. The rest, as they say, is history.

Since her humble early days, Joni Mitchell has performed alongside rock, jazz, and folk giants such as Neil Young, Herbie Hancock, and The Band throughout her legendary musical career. Rolling Stone magazine has ranked Mitchell as one of the most influential songwriters of the 20th and 21st centuries. Her 1971 album, Blue, is often cited by female artists such as Taylor Swift and Madonna as having been a strong inspiration.

Beyond Mitchell’s catalog, this new SiriusXM station will also feature covers recorded by Elton John, Bob Dylan, Annie Lennox, Chaka Khan, and many others. The Joni Mitchell Channel also offers interviews and perspectives from other musicians who are fans of the groundbreaking artist.

MusiCares will hold a special charity event at the MGM Grand in Las Vegas to honor Joni Mitchell and her work towards improving the lives of fellow musicians. The gala event will feature live performances by Beck, Cyndi Lauper, St. Vincent, Sara Bareilles, Brandi Carlile, and many others. It should be noted that some of these artists also played a part in the curation of the Joni Mitchell: A-Z channel on Pandora, which SiriusXM also owns.