Mark Zuckerberg at SXSW 2022 — “NFTs Are Coming to Instagram” 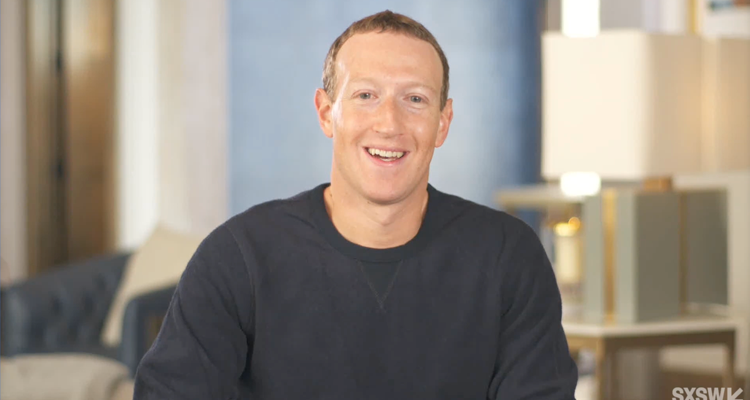 Speaking to an audience at SXSW, Mark Zuckerberg confirms NFTs are coming to Instagram.

“We’re working on bringing NFTs to Instagram in the near term,” Zuckerberg told the audience. He didn’t clarify how the NFTs would be used on the platform, but he suggested something similar to Twitter. Users can already display the NFTs they own and set an NFT picture as their profile image on Twitter.

“I’m not ready to kind of announce exactly what that’s going to be today. But over the next several months, the ability to bring some of your NFTs in, hopefully over time be able to mint things within that environment,” Zuckerberg continues. That last bit sounds as if he wants to compete with startups like OpenSea, which have reached billions in valuation.

Previously Instagram executive Adam Mossberg indicated the company was interested in exploring NFTs. Zuckerberg also spoke about the broader NFT integration that could exist in the company’s eventual metaverse.

“I would hope that you know, the clothing that your avatar is wearing in the metaverse can be basically minted as an NFT, and you can take it between your different places,” Zuckerberg says. “There’s like a bunch of technical things that need to get worked out before that’ll really be seamless to happen.”

Back in January 2022, Twitter began letting some people use NFTs as their profile pictures. Subscribers to the $2.99/month Twitter Blue service can connect to a crypto wallet and display any NFT they own as their profile picture. Authentic NFT owners are distinguished by the shape of their avatars – hexagonal instead of a circle.

While corporate CEOs like Zuckerberg see NFTs as a great potential add, the general public isn’t so sure. The gaming industry is also going hard on NFTs and the general consensus there has been ‘massive backlash.’ Gamers even joke that NFT stands for ‘no f*cking thanks’ when it comes to putting them in games. Gaming company Ubisoft was soundly roasted online for planning NFTs in its online game, Ghost Recon Breakpoint.

The general reaction to NFTs online in any industry is likely one of the key reasons why he’s not keen to share what direction the technology will take in Meta’s version of the metaverse. If he plays his hand too soon, the online backlash could kill the initiative before it gets going. The Libre cryptocurrency is a victim of his early ambition.