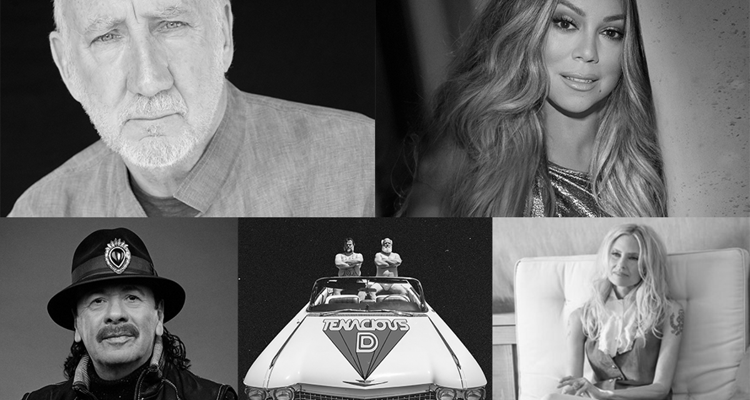 Audible has announced the expansion of its ‘Words + Music’ series with several new musicians.

Audible says the series shines a light on today’s most significant artists and is a collection of musical narratives that reflect the creative visions of these award-winning entertainers. The new slate kicks off on May 6 with Pete Townshend’s Somebody Saved Me, streaming free on Audible.

In the Audible Original Somebody Saved Me, co-produced by Audible and Gunpowder & Sky, Pete Townshend discusses the time period between the 1978 death of Who drummer Keith Moon and the 2002 loss of bassist John Entwistle. During these 24 years, The Who enjoyed their greatest popularity and broke up.

Townshend is honest about his victories and failures in years spiked with conflict and resolution, the sacred and profane, love and loss. Townshend punctuates his memories with the songs that came out of his life at the time – “Let My Love Open the Door,” “Slit Skirts,” “You Better You Bet,” Eminence Front,” and many more.

“Combining the very best of music and memoir, Audible’s Words + Music offerings transport our listeners to the defining and formative moments in the lives of world-class musical talent,” says Zola Mashariki, Head of Audible Studios.

“The Words + Music brand represents a unique blend of expansive, emotional and intimate storytelling and we are honored to welcome this new cohort of talented musical artists to the Audible family as they continue to create the soundtrack of culture,” Mashariki adds.

Additional dates will be announced at a later time. But you can imagine that Mariah Carey’s episode will air closer to Christmas time since there seems to be about a month in between each release. Other iconic musicians who have contributed to the series include Eddie Vedder of Pearl Jam, the cellist Yo-Yo Ma, Alanis Morissette, Tom Morello, T Bone Burnett, and many others.