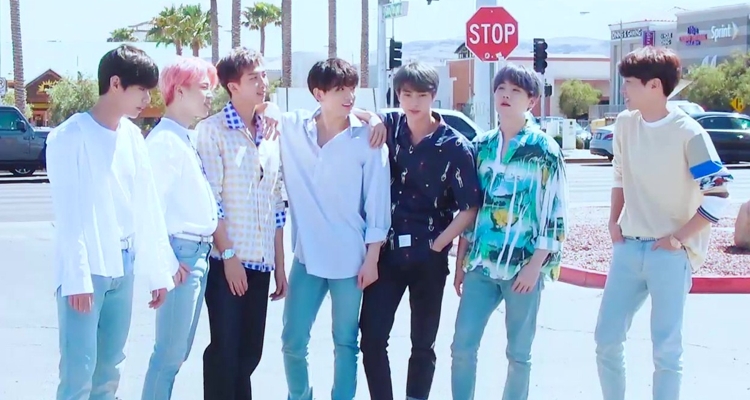 Following much debate over the BTS military service requirement – which will see the popular K-pop act’s members join their country’s armed services for about two years apiece – the topic has reentered the media spotlight ahead of Jin’s quick-approaching enlistment.

Multiple regional outlets have reported on the ongoing discussions surrounding a potential BTS military service exemption. For background, all able-bodied South Korean males must serve around 20 months in the military between their 18th and 28th birthdays.

But Seoul in December of 2020 allowed BTS’ seven members to delay their respective enlistments until they turned 30 years old, citing the famed group’s economical and cultural contributions to the country. BTS reportedly generates north of $5 billion for South Korea’s economy annually.

The move arrived just in time for the aforementioned Jin, who turned 28 that same month. And predictably, the deferment proved controversial in the nation of about 52 million, with the Korea Music Content Association (KMCA) describing the corresponding law as “unfair.”

Rumblings of a possible enlistment waiver surfaced in mid-April, with legislators planning to potentially revise the military service law to include “pop artists who have elevated national prestige,” according to the Yonhap News Agency. Currently, said law provides an exemption for “Olympic medalists and international award-winning classical musicians,” per the same source.

(In a testament to the contentious nature of the subject, The Korea Herald reported in 2020 that 60 percent of South Koreans supported allowing BTS to delay their conscription. Regarding the 40 percent who didn’t support the group’s doing so, it bears noting that sergeants – the highest military rank that individuals can reach during their mandatory service – earn only ₩676,100/$531.65 per month.)

“If I hand this issue over to the next government, it would represent an act of cowardice,” the culture minister proceeded. “I don’t like to avoid this issue for fear of criticism as I am fully aware that such a measure would greatly boost national interests.”

Of course, these remarks appear to suggest that President Moon Jae-in’s administration will look to implement a law granting BTS a pass on enlistment. Time is running low on this front, though, for President-elect Yoon Suk-yeol is preparing to take office on May 10th and, per local outlets, may not be as receptive to the idea of authorizing the BTS military service exemption.

In terms of the possible exemption’s legislative framework, a “BTS law,” which would specifically enable “K-pop stars to work in their field for 34 months under an alternative program instead of undertaking active-duty service,” has been stuck in committee in South Korea’s National Assembly for some time.