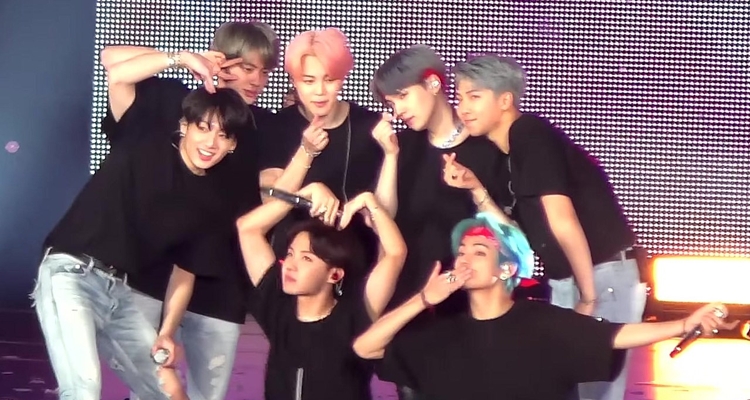 To recap, lawmakers in December of 2020 passed a measure that allowed BTS members to delay completing their mandatory military service – effectively enabling the Seoul-based act to remain together for two more years. Under South Korean law, all able-bodied males must serve in the military for approximately 18 months between their 18th and 28th birthdays.

Jin, the oldest of BTS’s seven members, turned 28 in December, whereas Suga celebrated his 28th birthday last month and J-Hope’s 27th birthday arrived in February of 2021. Now, as a result of the initially mentioned law, the ultra-popular (and financially successful) K-pop group will remain intact for another two years, until Jin turns 30 in December of 2022.

As an aside, BTS and Hybe (formerly Big Hit Entertainment) aren’t hesitating to capitalize upon the window, as they announced today that a follow-up BTS livestream event, dubbed Bang Bang Con 21, will take place this Saturday.

And while BTS ARMY diehards have celebrated the military-enlistment deferment, The Korea Music Content Association (KMCA) is among the entities and individuals that are unhappy with the arrangement.

Specifically, the KMCA – which owns and operates the Gaon Music Chart – has described the corresponding law as “both unrealistic and unfair,” according to the Korea JoongAng Daily (the English-language edition of the JoongAng Ilbo). Worth noting is that the KMCA’s board of directors includes representatives from Universal Music Group, YG Entertainment, and even Big Hit/Hybe itself.

Moreover, the organization in its complaint to the Ministry of National Defense took aim at the requirements for the deferment, including that individuals must have acquired the Order of Cultural Merit as well as permission from the minister of culture.

BTS received the honor from South Korea’s President Moon Jae-in 2018, owing to their considerable popularity and impact on the domestic economy – though musicians must typically log 15 years in the industry before they become eligible, per the Korea JoongAng Daily.

Consequently, past award recipients have been older than 60, on average, and the KMCA stated that the armed-service deferment is “merely a taunt” because of the perceived difficulty that other artists will encounter as they attempt to fulfill the outlined requirements.

“If a male musician would want to meet the criteria before he turns 28, he has to begin his K-pop career when he’s 13 years old at the latest,” relayed the KMCA. “And that doesn’t even mean that they can defer their services. That’s only the requirement to apply for the merit. There’s a separate set of standards to see whether they actually get the chance to defer their services.

“We are not blindly saying we want lower standards,” continued the entity. “The current bars are unrealistically high. How are musicians supposed to meet a criterion that’s impossible to achieve? All we ask is that the ministry come up with standards that can be met and fulfilled by musicians, not extraordinary measures that cannot be made.”

At the time of this piece’s publishing, it didn’t appear that BTS or Hybe had addressed the criticism on social media. In late March, the group revealed that it would cash in on its considerable popularity in Japan by dropping a 23-track “best of” compilation album on June 16th.