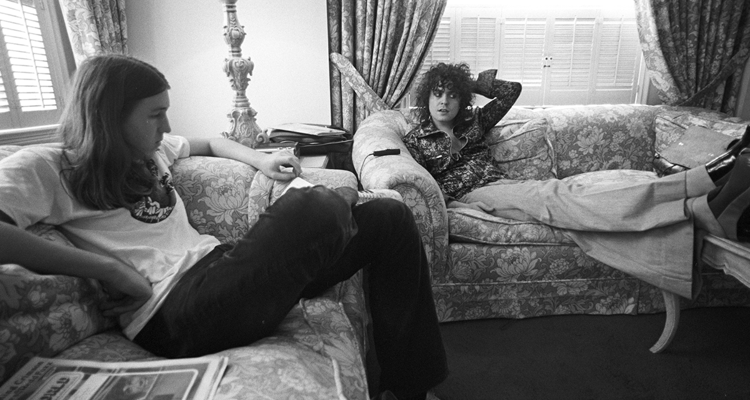 Following BMG’s release in September 2020 of the tribute album with which it shares its name, the film is a “living document” both of the album’s behind-the-scenes creation and exploration of glam rock pioneer Marc Bolan’s legacy as an artist and musician.

“Marc Bolan stands as one of the most influential musical figures of his time,” says Fred Casimir, BMG EVP Global Repertoire. “Like David Bowie, he was one of the first artists to show a younger generation that it was okay to embrace being unique, express yourself, and break barriers. Now, more than ever, his music and style continue to speak to the next generation.”

The film is written and directed by Ethan Silverman and produced by Silverman and Bill Curbishley. It includes archival performances and fan footage, focusing on Bolan’s musical and artistic trajectory before his passing at age 29 in a 1977 car crash. It also features reimagined songs from Bolan’s body of work as both T. Rex and Tyrannosaurus Rex from 1968 to 1977. The Rock & Roll Hall of Fame inducted Bolan in 2020.

“Bill and I want to move Marc Bolan from footnote to headline,” explains Silverman. “While still a beloved figure in the UK and amongst some musicians and music fans, we feel he never received his due especially considering his enduring influence. Marc Bolan’s unique spin on Rock & Roll, use of rhythm, poetic wordplay, and fearlessness deserve a fresh look. This film is neither a biopic nor a ‘making of’ documentary, rather it is a celebration of creativity looking backward and forward at the same time.”

In the film, several fans of Bolan share reminiscences and insight, including Billy Idol, Def Leppard’s Joe Elliott, Macy Gray, and many others. The story highlights Bolan’s lasting and musical friendship with David Bowie, interwoven with archival footage, alongside commentary from Bolan’s last partner Gloria Jones, including family mementos and pictures.