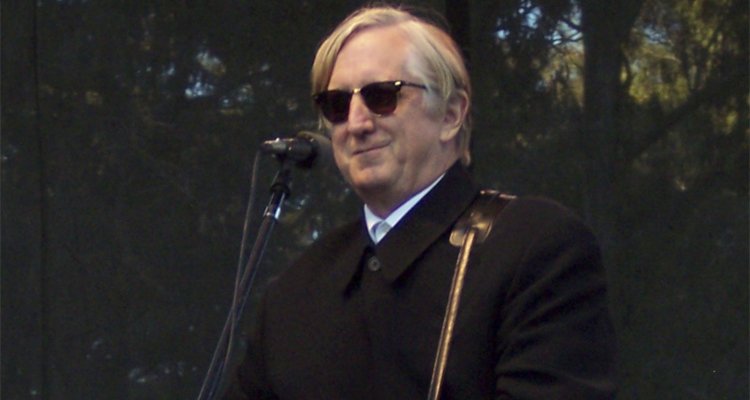 T Bone Burnett, who developed the Ionic Original format that Bob Dylan used for his rerecording of “Blowin’ in the Wind.” Photo Credit: Kulturvultur

One month ago, T Bone Burnett unveiled an analog audio format, the Ionic Original, that he’d tested with Bob Dylan. Now, Dylan has rerecorded “Blowin’ in the Wind” on this new format, and the “one-of-one” disc is being auctioned off.

The quick-approaching sale of the “Blowin’ in the Wind” rendition – which marks the first time that Dylan has rerecorded the 1963 song in studio and commemorates his 60th anniversary as an artist – came to light in a formal announcement message today. (Prior to the 1963 release of “Blowin’ in the Wind,” Dylan wrote, recorded, and performed the song live in 1962, meaning that 2022 also represents the 60th anniversary of its actual debut.)

Regarding the aforementioned Ionic Original, though, the format features “lacquer painted onto an aluminum disc, with a spiral etched into it by music,” a release from T Bone Burnett and his NeoFidelity, Inc. company indicated in late April.

“An Ionic Original is the pinnacle of recorded sound,” the same document relayed. “It is archival quality. It is future-proof and it is one of one.” Notwithstanding the “archival quality” at hand, Ionic Original discs are “playable on existing and commonly available vinyl playback equipment.”

Bearing in mind the format’s basics and the confidence of its developer, the newest studio recording of “Blowin’ in the Wind” is set to become available to bidders in a Christie’s auction on Thursday, July 7th.

Said auction will specifically take place during “The Exceptional Sale” component of the Christie’s “Classic Week London” event, and the involved parties expect the winning bidder to shell out between £600,000 (currently $753,345) and £1,000,000 ($1.26 million) for the disc.

But before a Bob Dylan diehard takes home the “unique lot,” prospective buyers will have the chance to schedule appointments for “exclusive in-person listening experiences” in Los Angeles (Wednesday, June 8th) and New York (June 15th), besides accessing a “public pre-sale exhibition” in London (Saturday, July 2nd, through Thursday the 7th).

Addressing the auction (and the Ionic Original format) in a statement, 74-year-old T Bone Burnett communicated: “Sixty years after Bob first wrote and recorded ‘Blowin’ In The Wind’, he is giving us a new recording of his song; one that is both deeply relevant for our times and resonant with decades of the artist’s life and experience.

“We’re grateful to Christie’s for their belief in the ‘Ionic Original’ and for presenting Bob’s masterful recording to the world in a unique and meaningful way,” concluded the 13-time Grammy winner Burnett.

Despite benefitting from a multimillion-dollar windfall after selling his song rights to Universal Music Publishing Group, Sony Music, and, most recently, Primary Wave, Bob Dylan is remaining decidedly active – including by touring and rolling out non-fungible tokens (NFTs).

More broadly, time will tell whether T Bone Burnett’s Ionic Originals catch on with collectors, audiophiles, and/or the public. Overarching physical-music sales have been strong as of late, however, and vinyl’s well-documented comeback appears to have spilled over to CDs and even cassettes.