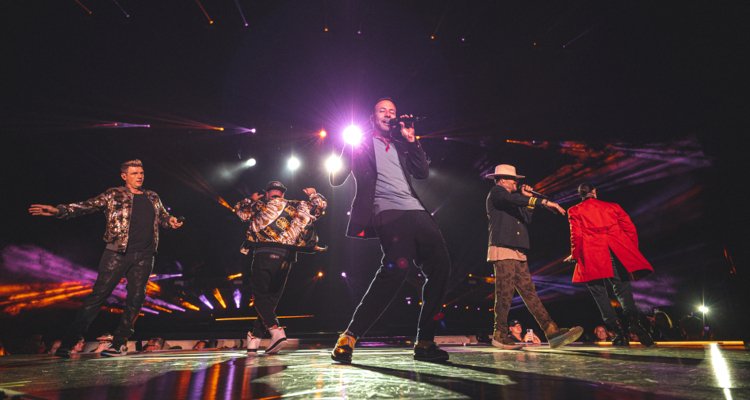 The Backstreet Boys have officially partnered with Tencent-owned social media app WeChat “to give fans in China the performance of a lifetime.”

The Backstreet Boys, who hit the road as part of their DNA World Tour about three weeks ago, just recently unveiled the WeChat partnership. Sponsored by Lincoln – said sponsorship’s specifics haven’t been publicly disclosed – the “free” virtual concert at the center of the deal “is expected to draw an astounding 40 million viewers,” according to the formal announcement message from the happening’s organizers.

This figure reflects an improvement of about 13 million watchers from the last international livestream gig that the controversial WeChat hosted, a show from “iconic Irish boy band, Westlife.” Of course, those who comprise 24-year-old Westlife are hardly “boys” despite the longstanding classification of their group, and similarly, The Backstreet Boys’ five members have an average age of over 46 years old.

But the veteran nature of the acts at hand – including their exposure to fans in China during the last couple decades – appears to be a key component of the strategy behind the shows, for which a company called East Goes Global is the executive producer.

Aiming “to bridge the gap between China and the rest of the world,” East Goes Global has worked with artists including The Chainsmokers, Jessie J, John Legend, and Troye Sivan, per its website. The same source states that Australia’s Sivan has racked up more subscribers on Douyin (three million) than its international counterpart, TikTok (1.7 million), with 4.3 million NetEase Cloud Music followers to his credit, 3.6 million followers on QQ Music, and 1.6 million followers on Weibo.

Back to the decision to tap The Backstreet Boys to play the WeChat livestream concert, the involved teams indicated of Westlife’s aforementioned performance: “As one of the first western bands to develop a substantial presence amongst Chinese fans back in the late 90s, the 2021 event was a testament to the band’s ongoing popularity in China.”

“Delivering a virtual concert is one thing. Delivering a highly-impactful moment between cultures is another. To say I’m thrilled to see this event and partnership come together would be an understatement. I cannot wait for the world to witness history,” East Goes Global founder and CEO Andrew Spalter said of The Backstreet Boys’ WeChat gig, which is slated to take place tomorrow morning.

More broadly, the development arrives as many in the music industry – including the major labels – are bolstering their operations in China’s quick-growing music market.

During the last month or so, for instance, Sony Music has rolled out RCA Records in mainland China, whereas Live Nation finalized a licensing pact between its Fabled Records (a label that intends to “break Chinese-influenced music content globally”) and Universal Music Group.