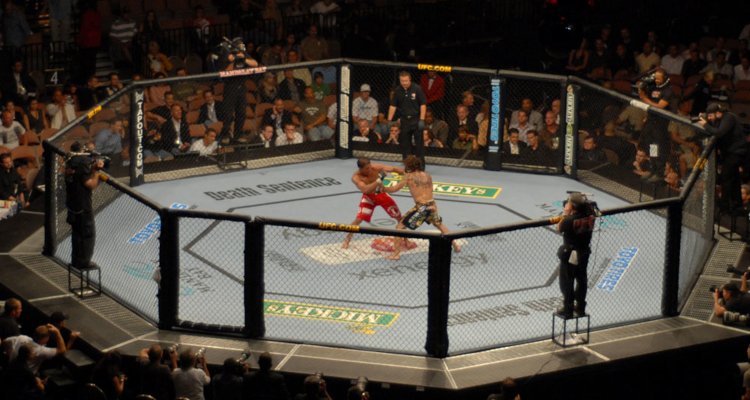 The UFC and 29-year-old Anuel AA (full name Emmanuel Gazmey Santiago) unveiled their bolstered pact today, and the all-encompassing deal builds upon a December of 2021 contract between the parties to promote the release of the rapper’s Las Leyendas Nunca Mueren album.

This collaboration evidently set the stage for the more in-depth tie-up, under which Anuel AA is being billed as an “official marketing partner” of the UFC. The company, for its part, will display the “¿Qué Nos Pasó?” artist’s “logos and slogans” during “all” pay-per-view events until 2022’s conclusion, execs said, besides coordinating with Anuel AA “on a variety of custom and original content that will be distributed across UFC’s popular social media channels and digital platforms.”

On the merch and live sides, Anuel AA and the UFC are preparing to collaborate on “a new collection of co-branded merchandise,” with the MMA promotion expected to be “prominently featured as a partner during” the artist’s forthcoming Legends Never Die World Tour.

The latter is scheduled to initiate on August 24th, and Anuel AA is likewise planning to perform live (specifically tomorrow, July 1st) during the UFC Ultimate Sound owner’s International Fight Week this weekend.

Perhaps the most significant component of the multifaceted union is the UFC’s gaining “the rights to all the music from his three [solo] albums,” which, as initially noted, are poised to play during key moments of live broadcasts – “including fighter walk outs.”

In a statement, Anuel AA – who has released each of his albums through Real Hasta La Muerte (also the title of his 2018 debut album) and boasts 27.64 million monthly Spotify listeners – called the deal “a dream come true.”

“I’ve long been a UFC fan, so when the opportunity to collaborate from a business side presented itself, it was a dream come true,” communicated Anuel AA. “I aim to become a brand ambassador and connect the Latino community to the sport through my music while continuing to open doors to our culture. This is just the beginning for UFC and Anuel.”

Needless to say, it’ll be interesting to see whether similar deals come to fruition moving forward – especially given the licensing component of today’s partnership.

More broadly, the IFPI previously reported that Latin America’s music industry had achieved 31.2 percent year-over-year growth last year, whereas the RIAA attributed $886.1 million to Latin music in the U.S. for 2021 – a noteworthy 96.7 percent of which derived from streaming.