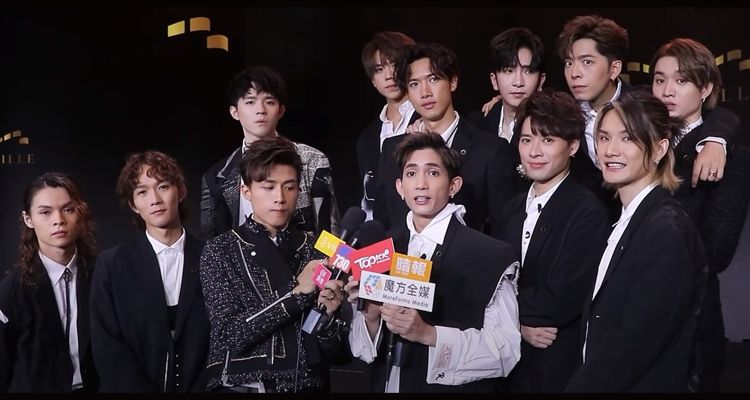 Two dancers of the boy band MIRROR were injured at a Cantopop concert in Hong Kong after a massive LED screen fell on stage.

Held at the Hong Kong Coliseum, the concert was the fourth in a series of twelve scheduled for Cantopop boy band MIRROR. Video clips circulating on social media show members Anson Lo and Edan Lui performing with a dozen dancers when one of several LED screens suspended above the stage fell loose.

The screen appeared to land directly on one dancer’s head and body as it fell on its edge before toppling onto another performer as onlookers screamed in disbelief. The other performers rushed to help those who the giant screen had hit.

Police report receiving a call at 10:36 pm regarding the incident, and two male dancers were rushed unconscious to Queen Elizabeth Hospital. Local media report that the hospital said one dancer was in “serious condition” while the other was stable. Three audience members also went to the hospital, two of whom were in a state of shock. None of them required medical treatment.

#BREAKING: A horrible accident erupted as a Hong Kong singing and dancing boy band was hosting their first concert, injuring at least two dancers. Both were said to be conscious when being sent to the hospital. pic.twitter.com/y3c7MVyUmn

The falling LED screen is the latest in a series of safety concerns at MIRROR’s concerts. Member Frankie Lui appeared to lose his footing and fall off the stage on Tuesday, clips on social media show. The same night, an online petition launched about safety concerns at MIRROR concerts, having gathered over 13,000 signatures from fans. The petition urges organizers to ensure the band’s safety and that of its dancers and to refrain from using “unnecessary stage mechanisms” such as raised platforms.

ViuTV, the entertainment company that created and manages the 12-member boy band, has yet to respond to requests for comment. MIRROR debuted in 2018 as part of ViuTV’s reality talent show. The group has since skyrocketed in popularity in Hong Kong and is credited with the revival of Cantopop.

Unfortunately, MIRROR is not the first group to experience a potentially lethal falling screen. In 2012, a monitor weighing more than two tons fell on drum technician Scott Johnson, killing him instantly and injuring three others. The scaffolding collapsed just an hour before a scheduled Radiohead performance at Downsview Park in Toronto.