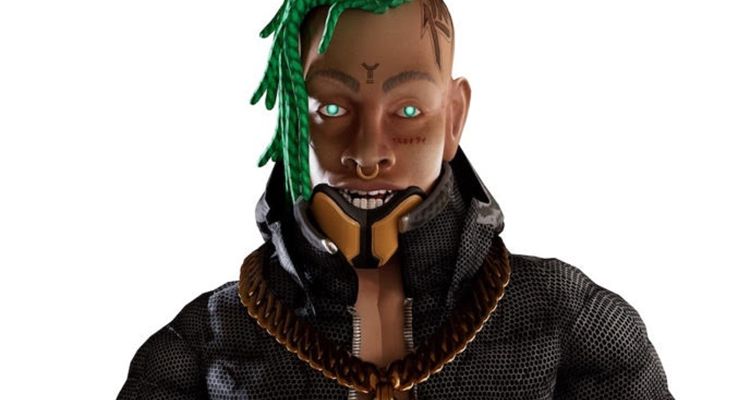 “Florida Water” was produced by Turbo — known for producing Travis Scott, Young Thug, and Lil Baby — and executive produced by mixtape legend DJ Holiday, who has worked with artists like Gucci Mane and Nicki Minaj.

Capitol Music Group is partnering with SlipStream for the song’s release to “put fans and creators in the front seat” to help with the song’s rollout, enabling the song’s use on YouTube and Twitch with no monetization or take-down restrictions.

The toilet was sold on the NFT auction site, SuperRare, for 4 ETH (about $6,500 USD at the time of purchase). The FN Meka NFT includes an augmented reality experience for tagging the wall of the toilet, “the ultimate flex, whether you’re robot or human,” according to the item description.

Virtual influencers are gaining popularity on social media, where human-to-robot interaction occurs more frequently. Because virtual influencers give brands more control over their collaborations, they enable a curated platform for brand promotion through videos and songs.

As artificial intelligence becomes less discernible from live humans online, AI-powered virtual influencers will become increasingly common. They’re even a topic of interest in fiction like Cyberpunk 2077, where a performer tries to get out of her record contract by committing suicide, only to become a virtual performer herself.