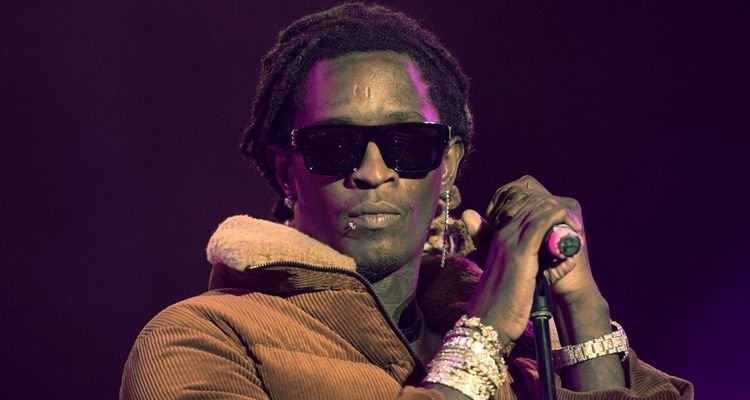 Back in late December of 2020, AEG sued Young Thug (full name Jeffery Lamar Williams) over an alleged breach in performance exclusivity. Now, the lawsuit has been postponed by one year due to an ongoing criminal trial against the rapper.

AEG’s complaint against Young Thug was originally set to head to trial on Tuesday, October 25th, 2022, but the presiding judge has officially pushed this start date – along with the case’s other deadlines – back by a year, the corresponding order shows. (Though the delay just recently entered the media spotlight, Judge Virginia A. Phillips actually issued said order on July 29th.)

According to the updated schedule, the AEG-Young Thug legal showdown’s discovery is expected to wrap on Tuesday, September 5th, 2023, with a pretrial conference slated for Monday, October 16th, 2023, before the trial proper initiates on Tuesday, October 24th, 2023.

Meanwhile, Young Thug remains jailed in his native Georgia ahead of a January trial for the initially mentioned criminal charges.

The criminal case’s own presiding judge last week denied the 31-year-old artist bond for the second time; Young Thug was arrested on a number of gang-related charges, including attempted murder and armed robbery, in May of 2022.

Back to the civil action, however, AEG maintained in the original suit that Young Thug had failed to cough up approximately $6 million in owed payments stemming from a pair of concert-promotion agreements.

The lion’s share of the allegedly due compensation derived from the latter of these contracts, which AEG stated Young Thug and his YSL Touring company had signed in 2017, thereby granting the promoter “the exclusive right to promote concert performances by Mr. Williams throughout the world for a stated term.”

As part of the pact, AEG forwarded YSL a $5.25 million advance, per the original complaint, whereas YSL is said to have approved a promissory note for the same amount, and Young Thug himself purportedly lent his signature to a “guaranty.”

Predictably, given the years-running lawsuit, AEG likewise indicated that Young Thug and his company had “immediately failed and refused to honor their respective obligations” under the 2017 contract, including by “disregarding AEG’s rights, performing concerts without AEG’s involvement, and retaining all proceeds [north of $360,000] generated therefrom.”

Making the less-than-ideal situation even more trying for Young Thug, the “Go Crazy” artist allegedly agreed to pay a substantial amount of interest (which is presumably still accruing) on the unpaid balance and to put up as collateral his ultra-valuable copyrights.