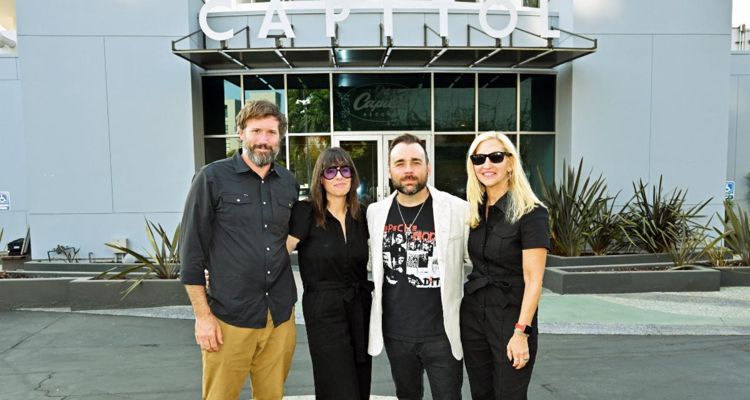 Virgin Music will provide the label with a wide array of services to support its releases. These services supplement Sumerian’s already robust functionality, which it has been developing since its founding in 2006.

“Sumerian has established a stellar track record for finding and breaking artists within the rock, alternative, and metal genres,” says Virgin Music General Manager Matt Sawin. “We’re honored that Ash and Sumerian are partnering with Virgin Music, and are excited to help bring their label and outstanding roster of artists to new heights.”

“Virgin Music and Capitol are two incredibly iconic brands in music. I hope to build Sumerian into that echelon and believe the teams at these companies are the best ones out there right now for me to do it with,” says Avildsen, who also went on to thank Stacy Fass and John Greenberg for their help in facilitating the deal. “They have shown true passion and persistence in getting this deal done as well as a full understanding that Sumerian is much more than just a record label. I am honored to call them my new partners and thrilled for the future together.”

Sumerian Records is considered a leader in fully independent record labels for rock music and culture. With several Grammy nominations and over 2.35m YouTube subscribers, Sumerian Records is the only indie label in the genre that already has over 125k organic followers on TikTok.

Bad Omens’ latest single under Sumerian, “Like a Villain,” recently became the number one most listened to song on Sirius XM Octane Radio. Their other current single, “Just Pretend,” is the number one most thumbed-up rock song on Pandora. Sumerian also reached an industry first in over 20 years, with Nita Strauss reaching number one rock radio song for over three weeks in a row for a female artist.